tense in a sub-clause

Someone introduced himself to us.

After that, when we look back and say what he said, which is right to say?

What did he say his name is?

What did he say his name was?

I think the first one is plausible because his name is always XX, but I'm not sure. Please tell me which is allowed.

The correct sentence should be:

"What did he say his name was?"

Your doubt is pretty reasonable as his name is, was and always will be the same.

Then why is it correct to use 'was'?

Because this is an example of reported speech.

You're involving a third person in the conversation. You're telling him about a conversation you had with another individual, in other words, you're reporting to him.

The thing with reported speech is that the tenses always change.

Even though the subject of discussion exists or is valid in the time of reference, we use past tense in reported speech. 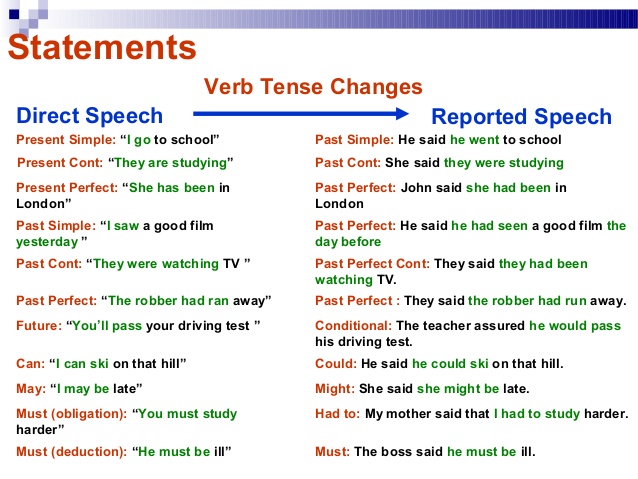 He told me that he liked chocolate.

Even though 'he' still likes chocolate, the original conversation happened in the past. So this is a reported speech.

This link tells you more about why and how the tenses change in reported speech.

Not the answer you're looking for? Browse other questions tagged tense tense-agreement or ask your own question.

2
“I thought he is/was a good boy.” Which tense is correct?

2
Is this past perfect tense put because of the previous tense?
8
“What was I saying” or “What did I say” when you're interrupted?
3
When matrix clause is past tense and its subordinate clause uses 'will'
2
“Back to the Future” - tense problem
1
Tense agreement in three past conditionals
3
Question related to tense agreement
2
“Call me right after the interview and tell me how it went”: why “went” when talking about the future?