What do you call an ad-hoc outside eatery for soldiers?

What do you call the place/system where soldiers eat outside, with usually a few food carts with huge pots, and soldiers standing in line to receive food in their mess kit and eat it? 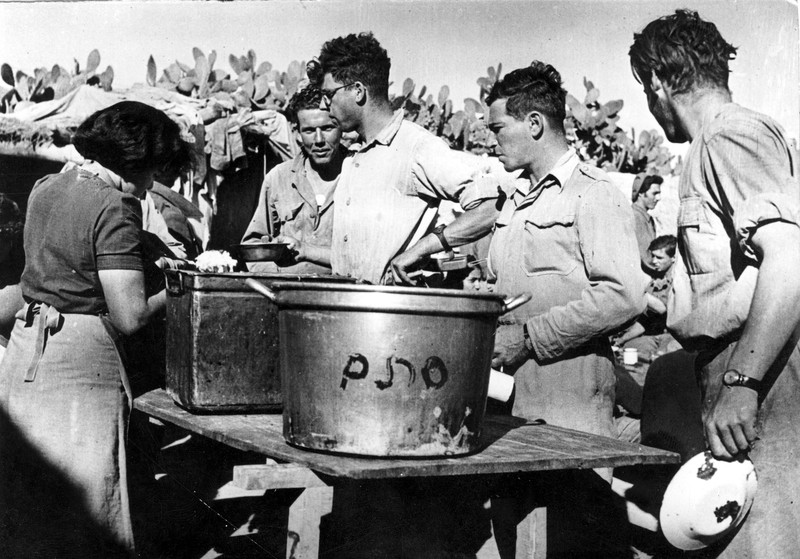 The general term for that, is field kitchen. There is an article about them, here https://en.wikipedia.org/wiki/Field_kitchen . It also has some other terminology for referring to them.

The term you're looking for very much depends on where it would appear.

"Field kitchen" would be widely understood but is quite formal. For example, you might read in a military history book that "many of the German field kitchens were destroyed in air attacks".

Conversely, terms like "chow line" and "chow hall" are slang terms which are more likely to be used by the soldiers themselves, but these terms are Americanisms and not used in some other nations (e.g. the British forces).

What you are describing is a soup kitchen (even if it does not serve soup).

Note however that when the food delivery is not mobile (for example, food provided on a military base, even if the base is not permanant), a term is a mess hall, especially if the food is served inside.

Chow line would not be used in English, only American. Field kitchen would be best if it was not meant to be context specific

4
Are sliding external doors “French windows”?
2
Don't drink from this bottle
2
What do you call this place where various goods are sold?
4
What do you call the standing ads outside of a store?
1
How do you call a problem with ink in a ball pen?
2
What do you call the “technique” of putting the right amount of syllables in a verse?
1
A worker who takes orders in McDonalds
1
What would you call anything that you achieve without any try
0
Name of a regional money saving system
1
What do you call it when a voter intentionally makes his ballot invalid in protest (by putting crosses in all boxes, for example)?