What's the difference between “citizenship” and “nationality”?

What's the difference between "citizenship" and "nationality"?

That's how I thought until I came across a Wiki article today on Steven Seagal stating that he has three nationalities: 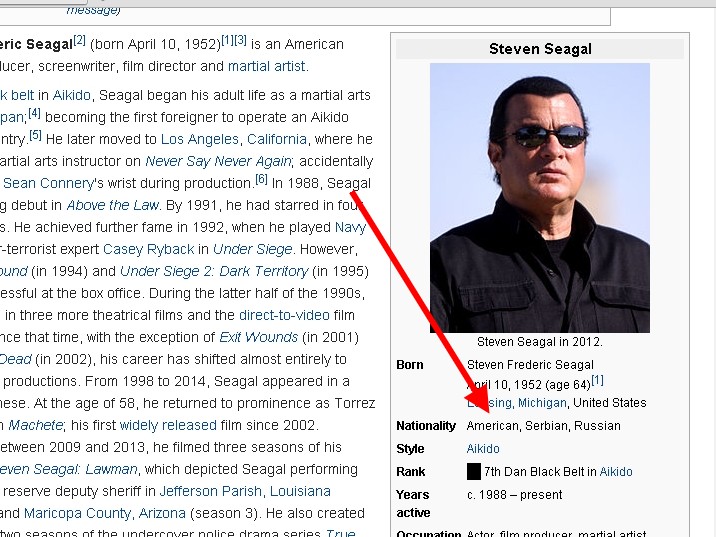 So, now it looks to be like I was wrong. But then I really don't see the difference now. Are they synonyms?

The term "nationality" has several different meanings depending on the context. I am assuming we are talking about the legal concepts of "nationality" and "citizenship".

In the legal context, "nationality" means an internationally-recognized relationship between a country and a person that, among other things, allows the person to hold the passport of that country. "Citizenship" is defined internally within each country to mean a status that (supposedly) allows the person full political rights in the country.

A citizen of a country is always a national of a country, but not the other way around. Although in many countries, all nationals are citizens, in some countries, there exist non-citizen nationals. Here are a few examples:

When talking about foreigners, generally it is only nationality that one cares about, because whether you are a citizen or a non-citizen national of a country is really not relevant to another country. All they care about is that you travel on the first country's passport, and are afforded the consular protection of that first country. However, domestically within a country, one often talks about citizenship, because some of the domestic rights and obligations of citizenship, e.g. voting rights, taxation, right of abode, etc., may be different for non-citizen nationals.

Nationality and citizenship are the same.

Citizenship does not mean where a person lives. Many people may have citizenship on one country while living in another, they are call "expatriate".

Many may have multiple citizenships, the number is determined by each country. For example, a child born in the UK to US parents will have both UK and US citizenship (carry both passports).

Is your confusion that Seagal has all three citizenships?

Though citizenship and nationality are interchangeably used in everyday conversation, I have uncovered some debate regarding the meanings of each concept: http://www.differencebetween.net/miscellaneous/difference-between-nationality-and-citizenship/

I make no claims about the "correctness" of this definition, but this variance in definitions appears to create some confusion in places such as Wikipedia, where, for instance, the page for CNN reporter Kyung Lah (https://en.wikipedia.org/wiki/Kyung_Lah) lists her nationality as "South Korean" even though the cited reference makes no claims as to whether she maintains South Korean citizenship. The citation only refers to her birthplace being in South Korea, meaning that the editors are using the above definition of nationality.

Not the answer you're looking for? Browse other questions tagged meaning word-meaning or ask your own question.