Use of “linearly ” in a sentence

Is use of "linearly " in the following sentences correct grammatically and conceptually?

My means regarding to "linearly" is the following figure:(pleas see the figure) 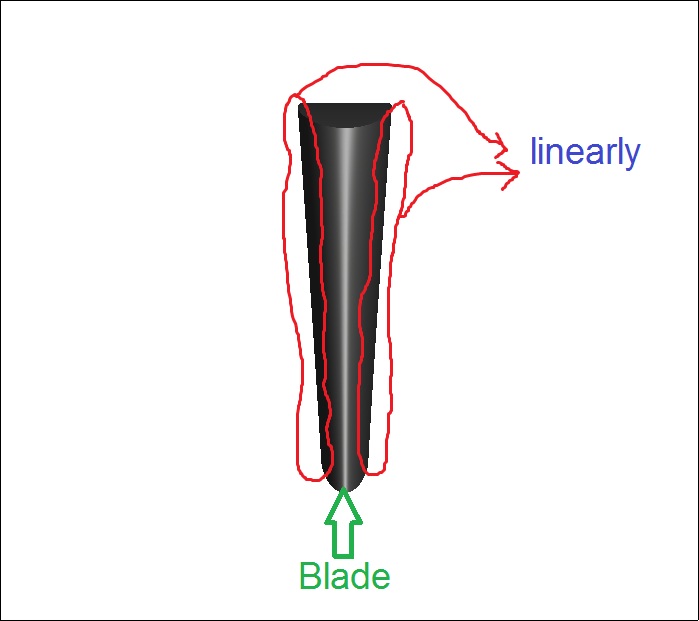 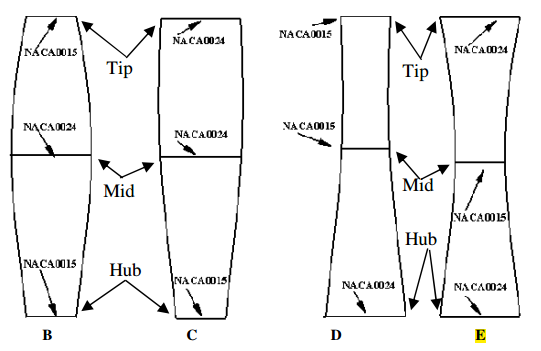 the following sentences is OK?

They experimentally investigated the turbines with variable thickness blades. The improved turbines under this investigation are created by linearly growing blade thickness with radius.

The phrase linearly variable is grammatical. It would be understood to mean that the variation in thickness was linear relative to some other measure, such as distance along an axis.

P.S. However, it might not be way the idea is usually expressed. You might find something like the following far more often, with variation as subject:

The variation in blade thickness was linear along the blade axis, tapering from ?mm at the base to ?mm at the tip.

But your linearly variable is perfectly understandable.

This makes sense because the thickness of the blades changes at a linear rate. Here, the word linearly refers to the manner in which the thickness changes because it's an adverb. Linear doesn't refer to the fact that the edges of the blade are straight, because it would be said in its adjectival form in that scenario ("Takao et al. [5] experimentally investigated Wells turbines with LINEAR, variable thickness blades.")