Is this grammatical? 'Looks like a couple of Pikachus are out of hit points'

I saw this sentence on the internet.

Uh-oh! Looks like a couple of Pikachus are out of hit points

I wonder how two verbs (look, be) exist in one sentence.

Is the grammar in this sentence right? 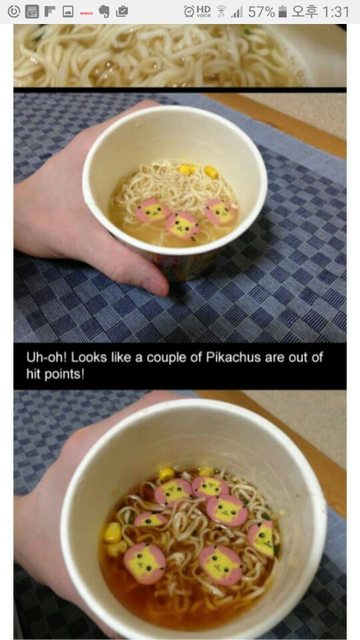 Yes, Looks like a couple of Pikachus are out of hit points is grammatically correct.

In informal English, it's quite common to delete words at the end or the beginning of our sentences. Keep in mind that the remaining sentence should still have clear meaning. (In other words, be careful not to omit too much, or else your speech may sound unidiomatic.)

So, your example sentence:

IMPORTANT! Note that it's Looks, not Look, at the beginning of your example sentence. This is because It is omitted, so we're left with Looks. Don't use Look when it's shortened from It looks!

Usage note: "(It) looks like" is quite similar in meaning to "It looks as though", "It looks as if", "It appears", or "It seems". It's one of several common English phrases that you can use to express your opinion on something. ("I think that ..." or "I can see that ..." is also similar.) For more details, check out this Wikipedia page: Evidentiality.

If you look up the word like in any dictionary, you'll find that like is also a conjunction, i.e., it links two clauses together, which is why you have two verbs: looked, the main verb; and are, in the subordinate clause. Here are some typical sentences where like is a conjunction (from Macmillan Dictionary):

She looked like she was about to cry.
Sam played with the children like he was one of them.
It looks like he has his hair trimmed about three times a week.

The last example is pretty much like your example, right? :-)

I hope this answer can explain the grammar and usage of your example sentence adequately.

Yes, the sentence is grammatically correct. What it says is that the situation looks like a bunch of Pokemons don't have hit points anymore. They had them some time ago, but not now. to be out of something means that you don't have any of it anymore. For examples, when I say that I'm out of sugar, that means I have no sugar left and it looks like I'm going to have to go to the store to buy some.

5
What is the meaning of “they are out of hit points”?

1
Is the sentence 'You can may get this money.' possible?
14
Why do we have to use 'have got' instead of 'got'?
1
Why should I omit "like" from "...would ask like this question: why..."?
0
How to write thanks to many people for different purposes
1
"She smells...." -> just who's sniffing at the moment?
0
What clause elements are in "That doesn't sound like him."?
0
Correctness of using of "far from"
0
How to parse the phrase how come?