What does “it gets old pretty fast” mean in these sentences?

I have two sentences:

What does "it gets old pretty fast" mean in these sentences?

It means you get tired of it pretty fast. It seems "old" after a few days, because the time drags and seems to last longer and longer. And you wonder how much longer it can last, and still there's more, and more, and more.

(After living through winters in Chicago and Massachusetts, believe me, I can tell you it does get old. See the picture below for an example. And there were another six or eight weeks of winter left! ) 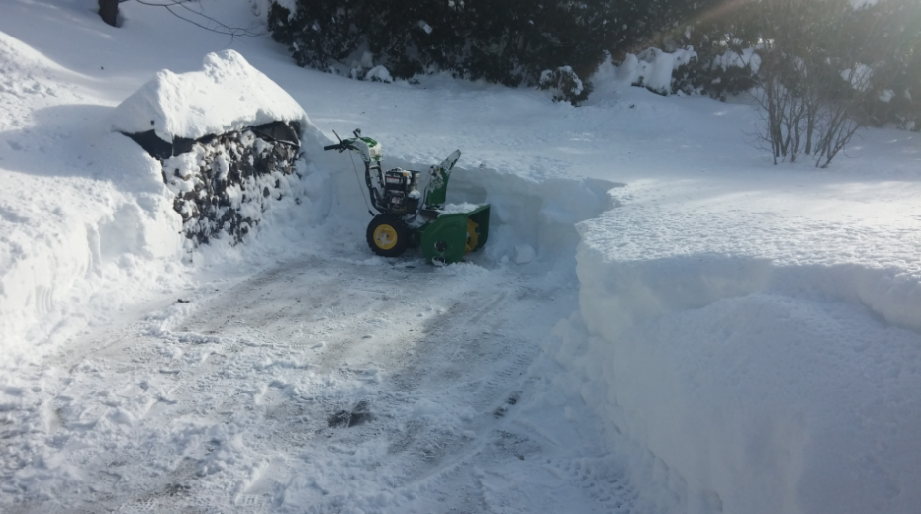 It means that you grow tired of it quite quickly.

In the example you have given, the person is saying that the campus looks beautiful in the snow, however when you have to deal with the negatives that come with it (harder to get from A to B, cold, wet feet, etc), the negatives outweigh the positives quite quickly.

"Gets old fast" Think about a pair of shoes or jeans. If they're not made well they literally get old fast/quickly. Meaning they wear out and maybe can't be used anymore. In the same way a situation can be judged as getting old. Meaning it's not as good as it was in the beginning. At least it's perceived that way. I'm no longer happy with it. It no longer satisfies me. So I say it's old.

To get old fast means I expected it to be good for a long time but it wasn't that way. It feels like it quickly(fast) got worse for me. So it got old fast.

'Old' in this context means that you are bored of it; it's not new. So you might have a new hat that reminds your friend of a carton character, for example, and they call you by that character's name . It might be amusing to start with but soon got annoying "Yeah, it was funny at first but that joke got old pretty fast".

If you've ever watched the TV comedy show 'Blackadder', specifically series 4, then in interviews the writers have said that they were concerned that calling General Melchet's assistant 'Darling' would have been a joke that got old pretty fast. "Come here Darling!" etc. Fortunately it didn't.

Using it with respect to the image of the campus in the snow though sounds very odd - in British English, you don't usually refer to a view as 'getting old' - a more usual phrase would be to say that the "attraction wears off quickly/soon".

It's very much clear from the scenario you mentioned that it snows, and then it gets old pretty fast, so people get used to the situation (the snow, the cold) very fast.

And as in the second example, people talking about themselves also gets old pretty fast, as they soon get used to hearing the topic. In other words, you cannot enjoy any situation for a long time as it's human nature.