A very strange question is why do we pronounce give as [ɡɪv] instead of [gʌɪv] like in hive, dive, wife, life, knife?

Or should it actually be [jʌɪv] by the grammar standards?

I'll preface this by saying that this is just my layman's point of view, but looking at the historical spelling of the word 'give', and one of your sample words, 'hive' yields a far clearer explanation than looking at their current day spellings. 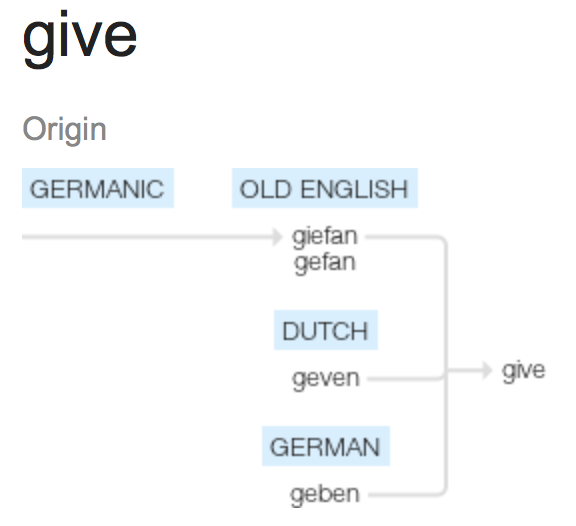 . (interestingly, the past tense form of the word - 'geaf' - also seems closer in pronunciation, than 'gave'). 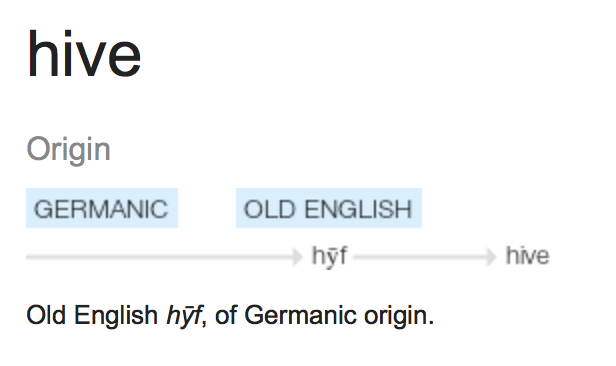 The word 'hive' on the other hand, although having similar spelling in modern times, evolved from a very different pronunciation in Old English, hence the difference in pronunciation.

It may be more useful to ask the converse question: Why do we write [ɡɪv] as “give” when it's contrary to the Magic E rule? Blame Norman scribes who introduced the rule that English words can't end in the letter V. (The word “rev”, a 20th century addition to the language, is exempt from this rule, as are proper names [mostly of Slavic origin] like Gorbachev or Romanov.) So the final silent E is added even though it does not turn the [ɪ] into [aɪ].

Not the answer you're looking for? Browse other questions tagged pronunciation spelling .

18
Is rendezvous pronounced like run-they-who?
6
What is the use of letter "Q" instead we can spell using letter "C" or "K"
3
How to pronounce close "TH" sounds?
11
Proper way to pronounce "Middle of" in GenAm English
1
Does "without" pronounce like "with 'out" or "wi 'thout"?
28
Was "twelve" pronounced as "TPELF"?