rollover -- what does this word mean in the following context?

Source: The ABCs of IP Addressing by Gilbert Held (2002)

The actual entry in the Sequence Number field is based on the number of bytes in the TCP data field, i.e., because TCP was developed as a byte-oriented protocol, each byte in each packet is assigned a sequence number. Because it would be most inefficient for TCP to transmit 1 byte at a time, groups of bytes, typically 512 or 536, are placed in a segment and 1 sequence number is assigned to the segment and placed in the sequence field. That number is based on the number of bytes in the current segment as well as previous segments, because the sequence field value increments its count until all 16-bit positions are used and then continues via a rollover through zero. For example, assume the first TCP segment contains 512 bytes and a second segment will have the sequence number 1024.

I looked it up in a dictionary and I don't think there was a meaning that even remotely matched what I've got there in that paragraph.

Have you ever seen a car with a mechanical odometer?

Many cars and trucks built during the 1960s had odometers that showed mileages between 0.0 miles and 99,999.9 miles. The odometers were connected via gears to the vehicles' transmissions. The last digit slowly moved as the wheels moved. Each time a 9 needed to be replaced by a 0, the next digit would also be bumped up by 1. When the vehicle reached 100,000 miles, all of the digits would move. The odometer was said to "roll over". (In this example, it would "roll over" from 99,999.9 miles to 0.0 miles.)

It is saying that since the sequence number is limited to 16-bits, at some point the transmission may overrun the maximum number represented by 16-bits (2^16) at which point the count begins at 0 again.

Think of a snake biting its tail 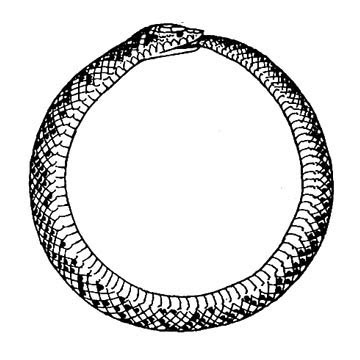 I think you may be dealing with jargon here: the meaning of the word would mean what that group of users uses it to mean. You would have to consult a programmer to discover what they mean by it.

Not the answer you're looking for? Browse other questions tagged meaning-in-context idioms terminology metaphors .