What is the specific name of the heater which works by hot water & attached to walls?

What is the specific name of the heater which works with hot water and always attached to the walls?

In my language we call it something which is translated to "central heating" (I could find a lot of pictures on Google when I wrote it), but I don't know - even in my language - what is the name of the device rather than the system. Can I call it simply "heater" or it has a specific name? 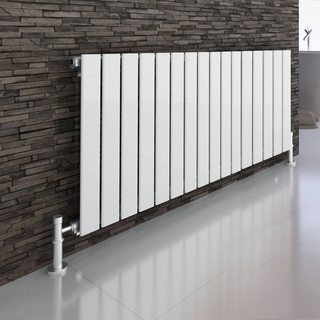 The heater in the pictures is called a radiator in the US and UK. It can be either hot water or steam (I don't believe the oil-filled radiators are very common in the US, but they may be in some areas) and it can also be a device just along the baseboards like the picture below. However, the baseboard heaters aren't what people think of first when they read or hear 'radiator', even though it is the same sort of heating. They will think first of the type of device in the pictures in the question.

If the pipes are installed under the floor or in the walls so that the building is heated instead of the air in the building being heated, it's called "radiant heating". 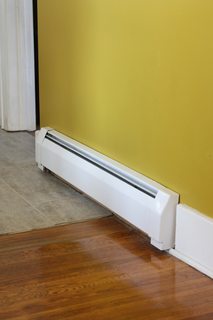 Radiator is also a general term for a device that transfers heat between two mediums, for example water and air. The purpose of the transfer can be either for heating, like the radiators in your pictures where the water is heated by a boiler to heat the air around the radiator, or for cooling, like the radiator in a car that transfers heat from the engine to the air forced across the radiator as the car moves by using special fluid flowing through the radiator. We can tell the difference by the context, or by adding an attributive, like "car radiator" or "hot water radiator" or "baseboard radiator". 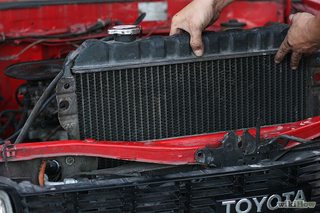 Those are known as

In Russia we have several English names for this:

SovereignSunSovereignSun
24.4k3333 gold badges135135 silver badges252252 bronze badges
5
Add a comment  |
0
Want to improve this post? Provide detailed answers to this question, including citations and an explanation of why your answer is correct. Answers without enough detail may be edited or deleted.