Which construction is better, "for" or "to"?

The field in question is a column in a database.

I think it depends on what you want to say.

With the information we have, the first sentence seems the better fit because it says that: For a given field, if it has an invalid value, you write Null.

The second sentence seems to suggest that you set to Null the fields with invalid values, but it feels a bit awkward in the way it is written. So, if that is the meaning you are trying to convey, maybe you should write something like this instead:

Writes null in the fields that have invalid values.

(Meaning you set to Null the field in the database).

Sets to null the fields that have invalid values.

As Dyzann wrote, it depends on what you want to say.

If you would like to fill the non valid fields with null, I would use one of the sentences Dzyann suggested. I personally like the 2nd one:

Set to null the fields that have invalid values.

(I would prefer not to use 3rd form with -s)

However, the first sentence 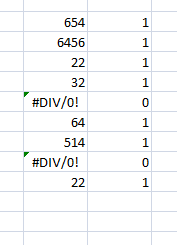 15
in order for I to do something -- "for I"? why not "for me"?
3
Can a movie have a great "replay value"?
1
"Separate fields" or "Discrete fields"?
0
A word to describe a value passes the particular threshold
2
Meaning and usage of "title"
0
"Appreciate" or "Value" or...?
0
Would adding "always" and "possible" make this more readable?