What is the corresponding idiom “camel toe” for men? 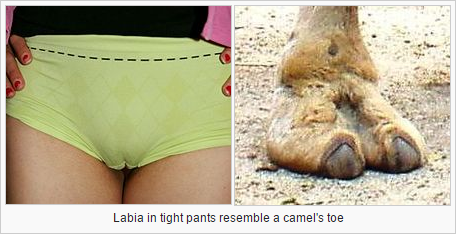 Moose knuckle is the one I've heard. But it's not as common an expression, so I don't know if everyone will understand what you mean.

I've also heard "camel toe" used for men, although it's not as common as for women.

The male equivalent is known, in Australia, and I think in the British Isles too, as the budgie (budgy) smuggler.

Is it ever OK to wear 'budgie smugglers'?

The Speedo-style swimming trunk is back, courtesy of David Beckham and his new H&M campaign, posturing in tiny slivers of poly-blend, effectively proposing that men follow his lead and put their penis on a platter this summer. But is the budgie-smuggler look ever appropriate?

Why budgie smuggler?
The following is only speculation, I have no supporting evidence that the expression derives from the illegal trade of songbirds.

A smuggler is someone who illegally transports goods, the smuggled products are then sold on the black market. A budgie is short for budgerigar; a small, yellow and green bird that is usually kept as a pet. Back in the 19th century, the songbird trade was a highly profitable one, and bird catchers would invent the most cunning devices in order to capture these sought after birds.

Daniel Craig, making Britain proud again, in the James Bond movie that made him an international superstar. 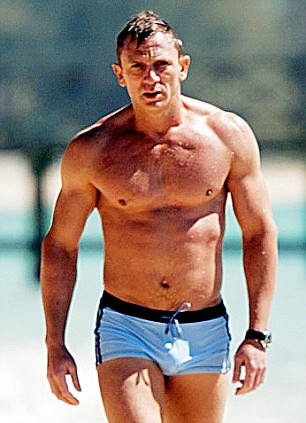 Photo courtesy of The Mail Online

Not the answer you're looking for? Browse other questions tagged slang idiom-request or ask your own question.