“not so good as” or “not as good as” - Which is grammatically correct?

Can anybody tell that which one of the following is correct?

When conveying some negative sense, I have always seen/watched (movies, dramas, etc.) people using "not as good as" whereas, in many places, I have seen them using "not so" instead of "not as". 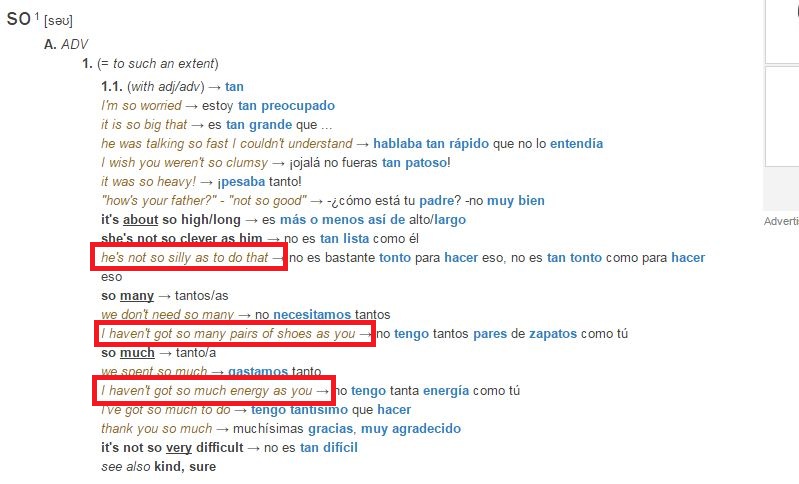 Image is taken from thefreedictionary.com

adverbs comparative-constructions as so
share | improve this question | |
edited Dec 17 '16 at 4:14

There are actually two separate idioms that have similar meanings:

No building is as tall as the Burj Khalifa

"As X as" is used for comparison between two entities, to show that one side of the comparison has a greater quality of X than the other side. Meanwhile:

That building is not so tall.

Not so X is used to moderate the value of the quality of X, to suggest it is less X than expected.

The expression *so X as" is kind of a mix-up of these two. It functions similarly to "as X as" but is much less frequent. It isn't wrong, but in my opinion it feels like a colloquialism and not formal grammar.

To answer your question: both are correct, and while "so X as" is somewhat informal, it should be OK to use in any context.

Not the answer you're looking for? Browse other questions tagged adverbs comparative-constructions as so or ask your own question.