Meaning of a phrase used by D.H. Lawrence

Since English is not my mother tongue, I have the problem to understand a phrase used by D. H. Lawrence in essay on Crèvecœur, published in his Studies of Classic American Literature.

I will quote that phrase and a few sentences that come before, because the phrase, it seems to me, refer to it:

There must be in their (the Indians') social bond something singularly captivating, and far superior to anything to be boasted of among us; for thousands of Europeans are Indians, and we have no examples of even one of those Aborigines having from choice be- come Europeans ...

Our cat and another, Hector.

The phrase in question is bolded one. I suppose that "cat" is a slang for the "man" or "woman fond of gossip", but I do not understand to what "cat" refer in this case, or, better, who is that "cat" (writer, perhaps?), since "another" is Hector. Does "cat" and "Hector" refer (at all) to Indians, or Europeans?

Kreiri may be right in thinking this a gibe at de Crèvecoeur's wordiness; but I think Orwell is alluding to a different catchphrase:

what a tail (often what a long tail) our cat’s got! A mid C19–20 proletarian c.p. at a female ‘flaunting in a new dress’, the rear skirt of which she swings haughtily or provocatively. (Ware: the shorter, the orig., form.)
Later it could be used of either sex and be addressed to—or at—a person boasting vaingloriously: usu. in the longer form. Leechman vouches for its Can. usage.
But Simon Levene writes, 1979, to correct my dating: he cites Henry Carey, The Dragon of Wantley, 1738, at Act II, line 43: ‘Lauk! What a monstrous tail our cat has got!’, and then comments, ‘I don’t suppose that that was the exact wording people used, because it is an iambic pentameter, and rhymes with “Nay, if you brave me, then you go to pot”’.
—Partridge, Dictionary of Catch Phrases, 2nd ed., 1985

However, Googlebooking the phrase suggests that the phrase has a wider use than the sartorial interpretation put forward by Ware. It is used as a gibe against anyone "putting on airs", pretending to a finer status than they're entitled to. For instance:

Kath. Sure, it’s nothin’ to do wid a lady like me.
Den. Lady like you? Oh, hullaboo, what a tail our cat’s got tonight.
—anon., Kathleen Mavourneen†

This makes a lot more sense in context. Orwell has nothing to say about de Crèvecoeur's volubility, but throughout the essay he repeatedly accuses him of intellectual phoniness and pretentiousness—putting on literary airs.

Phrasing this as "Our cat and another" is I think colloquial shorthand: Orwell mock-politely casts his use of catchphrase as a distant allusion with indirect application, and then reverses course like a whiplash, aiming straight at de Crèvecoeur. You may paraphrase:

Our cat has a fine tail, hasn't she?—and she's not the only one, Hector!

† I suspect that the phrase in fact takes its origin from the swaggering erect-tail posture of a content and self-complacent cat. 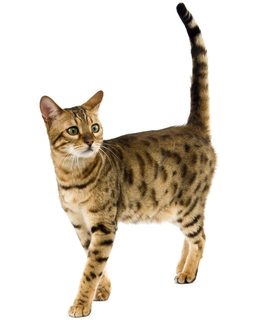 I googled "Our cat and another", with quote marks. The first result was... Google Books preview of Studies in Classic American Literature, Volume 2 by D. H. Lawrence, Ezra Greenspan and Lindeth Vasey, specifically "Explanatory notes" section of this book, p.449:

In Nottinghamshire, 'our cat' would commonly be said to someone - often a child - talking too much: their 'tale' (i.e. 'tail') being too long.

In other words, authors of the Studies say that Crèvecœur is too wordy.

Not the answer you're looking for? Browse other questions tagged meaning-in-context word-meaning phrase-meaning or ask your own question.

1
What meaning is the phrase "be out in"?
3
Can the phrase “mutton chops” sometimes be used as “I’m doomed”?
15
'Die hard' phrase meaning
2
Meaning of "taught us only by a broken heart" in "The Negro's Complaint" by William Cowper
2
Phrase "Up in the stacks". What would this phrase mean?
0
Meaning of phrase "the day it is due"
0
Meaning of the phrase "to be used" in context
0
What does "it made practical the necessary without hindering joy." mean?
0
can the phrase “earn interest” be used in a normal conversation?