Choosing between “here” and “in here”

• You use here on its own, when you are talking about a place or organization:

The people here are poor.

Do you work here?

✗Don’t say: The people in here are poor. | Do you work in here?

• You use in here when talking about the inside of a building, room, cupboard etc:

There aren’t enough chairs in here.

Ok, let say, you & a person are eating inside a restaurant & then you say:

Suppose you are an ex-waiter of this restaurant.

In your example, yes: We would say

I used to work here

meaning "this place we are at".

It may or may not be useful to think about one option as more logical or more physical.

In here can be more specific, as Peter suggests in his answer. It refers to a space that is contained in a boundary, either a two-dimensional area or a three-dimensional space.

We can use here to refer to a wider conceptual kind of space, such as time. Our story now brings us here to the 21st century.

Although a century is marked by boundaries, we won't use in here to refer to it in any way I can imagine.

We often have a free choice between the two, as Peter also indicates.

I think we can say that in here usually or always means within this (enclosed or bounded) space where we are, while here can more generally mean this location when we think of this location somewhat more broadly (I'm here at work, whether actually in the kitchen or dining room where we perform our work or sitting in a break room that's considered part of or attached to the location). We might at least sometimes think of here as meaning this place as opposed to some other place.

But a general and always-governing rule specifying when we must use one versus the other versus either is hard to specify, from my knowledge.

In a dining room or kitchen (bounded spaces) for example, we could naturally say either It's crowded here or it's crowded in here. This is a relatively free choice, but we would likely use here if we are comparing to another, separate or remote location: It's crowded here. Is it crowded there? (eg, at another restaurant) and in here if we are comparing to out there (eg, the main dining room compared to an adjacent patio area).

However, if we are standing in the middle of Antarctica, another bounded space, we would not say It's cold in here. So the size or extent of an area is seemingly a factor, but I doubt anyone could specify a limit distinguishing small from large that would govern all choices on this principle.

In my experience, we generally best learn what is standard through more and more exposure to standard writing and speech, often unconsciously, while leaving very sophisticated identification of detailed technical rules to professional linguists (or amatuers who enjoy diving ever deeper into complexities because we enjoy such exploration for its own sake.

Someone might provide a better answer, or just yet another perspective that we can try to put together to gain a clearer sense of the issue.

There is a similar--and similarly complex--question involving the choices we make between in and at as prepositions of location.

This provides an overview of that set of issues that is in some parts easily understandable, but won't answer every related question: https://owl.english.purdue.edu/owl/resource/594/03/

So, whenever you are "in here" (someplace)you are also "here".

"In here" only works if you are "inside someplace".

The people in here are poor.

if you are standing inside a stadium full of refugees 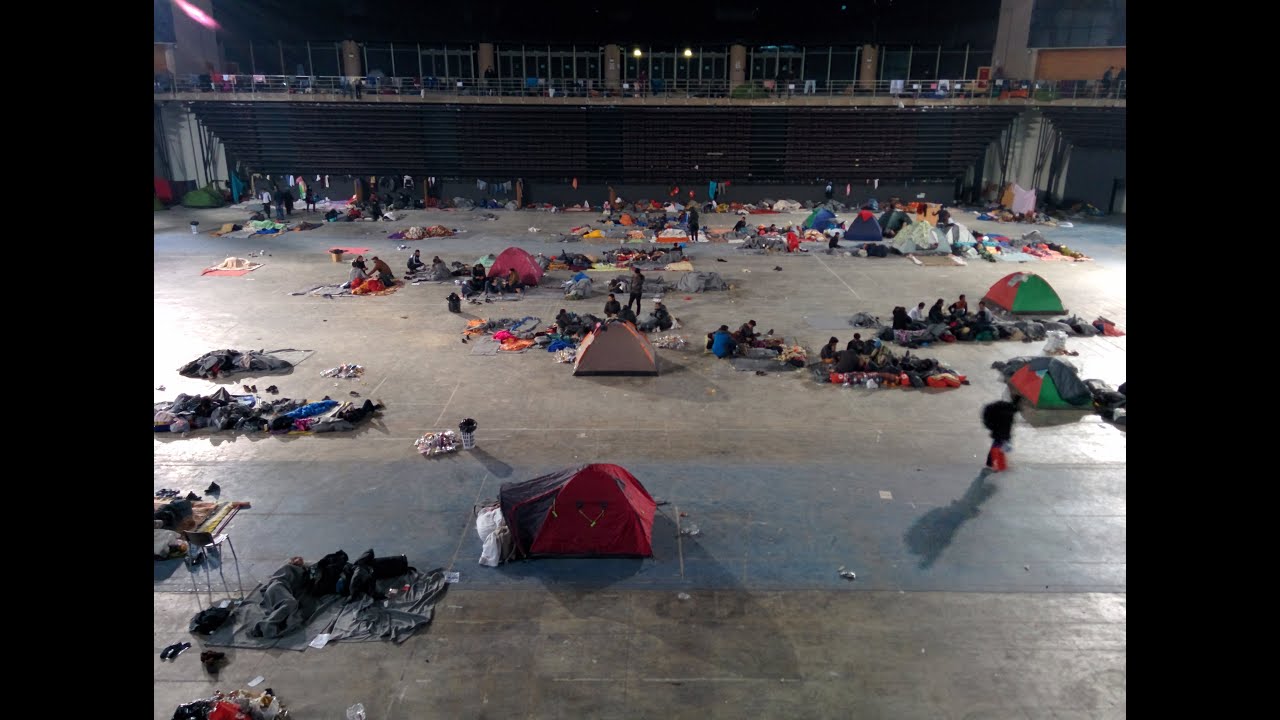 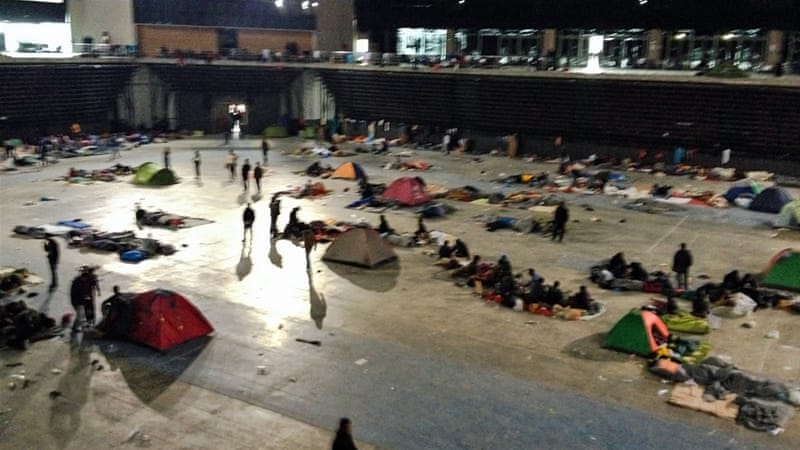 The people here are poor.

would also be appropriate.

A standard line which gets used in ceremonies is

We gather in here (church or some building) today...

since the emphasis is on the "gathering" of people and not on being together in a structure.

Not the answer you're looking for? Browse other questions tagged word-usage word-choice adverbs adverbial-phrases or ask your own question.

4
Choosing between up and above in this context?
4
'All Yours' Vs. 'All is Yours' Vs. 'Everything is Yours'
3
Choosing between 'prices' and 'rates'
1
'Brains' vs 'Brain'
1
Is the use of “supermarket” the same as the one of “school / jail / prison / court / church”?
0
Which ones are appropriate?: “an office staff”, “an office staff member”, “an officer”, or “to work in an office”?
1
the difference between “here” and “in here”
0
Opposite to physical job
1
can American people use “bring” for “fetch”?