Do they wish to personify BBC Worldwide? Or it's merely an ordinary mistake?

A message, on YouTube, popped up before my eyes. It read:

This video contains content from BBC Worldwide, who has blocked it on copyright grounds.

My concern is about the presence of the pronoun who which is wrongly used in that sentence unless those who wrote it, purposely, would have wished to have personified BBC Worldwide.

So please let me know your thoughts on this, did they want to insert a literary device or it's just a mistake? 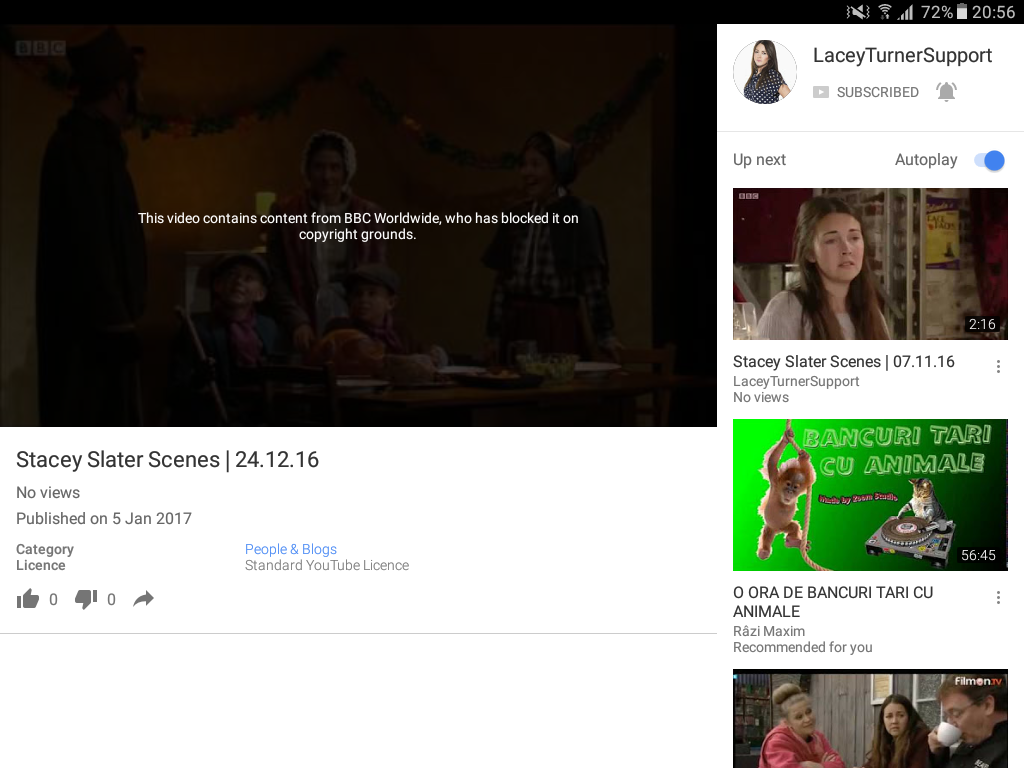 I expect that "who" is used because a copyright holder can be a person, and there is no deeper meaning to it.

To expand, YouTube handles copyright disputes automatically, and it probably wasn't considered worth it to have the system use different text depending on whether the copyright holder was a person or not. They would have had to have asked the copyright holder whether they are a person at some point, and they would have to store that information. It would be additional work for no real gain.

This video contains content from Jane Doe, which has blocked it on copyright grounds.

This video contains content from BBC Worldwide, who have blocked it on copyright grounds.

The idea that who can only apply to individual people is a misapprehension. Although which and that are more common, who is indeed sometimes applied to entities which behave like people, or are composed of people.

“This will be devastating to state and local governments, who will be on the hook for mitigating the negative criminal impacts of getting high in our communities,” Horton said. [from the Mercury News of San Jose, California]

Among those universities who wish to keep details private of the hospitality they have extended, or the commissions they have paid to agents, are RMIT University, the Australian Catholic University and the University of Melbourne. [from the Australian Broadcasting Corporation]

Forsberg has a contract until 2021 with the club who have been one of the surprise packages of the Bundesliga this season…. from The Independent (UK)]

This video contains content from BBC Worldwide, who [the group of executives in charge] has blocked it on copyright grounds.

It's also worth noting that many in the British public, refer to the BBC affectionately (and non) as Auntie Beeb, or the Beeb. So if the British people have personified a broadcaster company, it's not so weird that (BBC) journalists use the relative pronoun who.

I suppose the simple explanation is that "they" (which is YouTube in this case) simply use a string pattern "This video contains content from $Complainer, who has blocked it on copyright grounds" and the variable is replaced accordingly. With gazillions of videos being uploaded and hence also an enormous amount being questioned by various copyright holders, I simply doubt that someone would hand-type a specific message each time a complaint is filed.

"This video contains content from BBC Worldwide, who have blocked it on copyright grounds."

The BBC is incorporated by royal charter and is a legal person. Therefore, who is fine.

Not the answer you're looking for? Browse other questions tagged word-choice relative-pronouns grammar-myths .

4
Is a company e.g. Pfizer, singular or plural?