I was in the hospital the other day. A doctor prescribed me serum. How could I say this? Can I use "shot"? Like "I got a shot yesterday"?

And what can a nurse say when they do this to you? "I (the nurse) give him (a patient) a shot/serum"?

I don't know if you use serum in this situation so this picture is also attached to prevent any ambiguity about what I meant by serum. 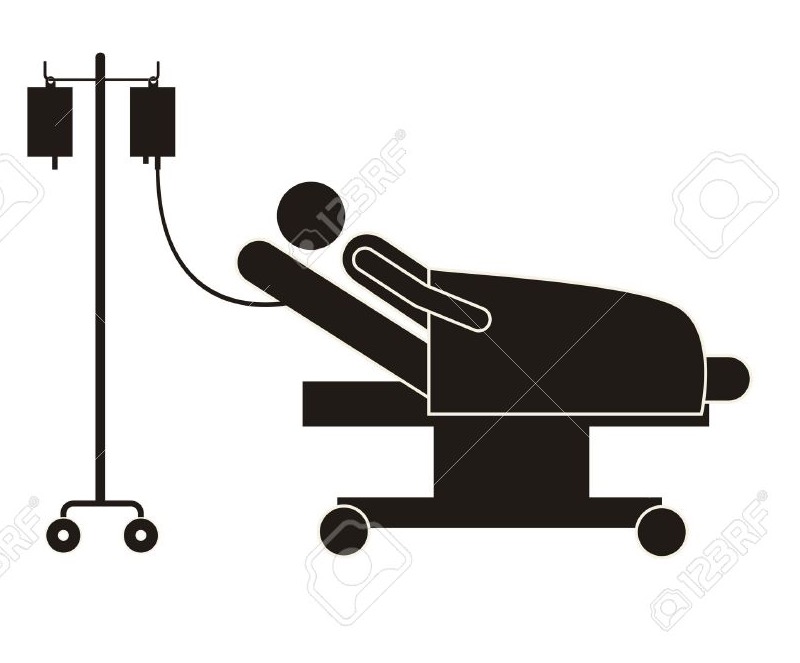 The picture is of someone "getting an IV". A nurse would "administer an IV" or simply "give an IV".

(On TV a doctor might yell at a nurse to, "Start an IV stat!" or, "Get an IV started with 250 milligrams of isopropylwhambamthankyoumamamine stat!" -- but the few times I've been witness to actual real life emergency rooms, they never said anything like that.)

I went into the emergency room and they found my electrolytes were really low, so they gave me an IV.

While my father was in the hospital they administered all his medications through an IV.

"IV" is short for "intravenous drip", but you hear the phrase all the time on television so many people will know what "IV" means.

A "shot" would be typically used to refer to a syringe, which is a handheld needle of some kind. "Serum" is a liquid component of blood.

Yes you can use the term

shot (in the arm)

for a serum or vaccine which is administered using a needle and syringe either under your skin subcutaneous (sub-Q) or intramuscular (IM).

It can also be called a 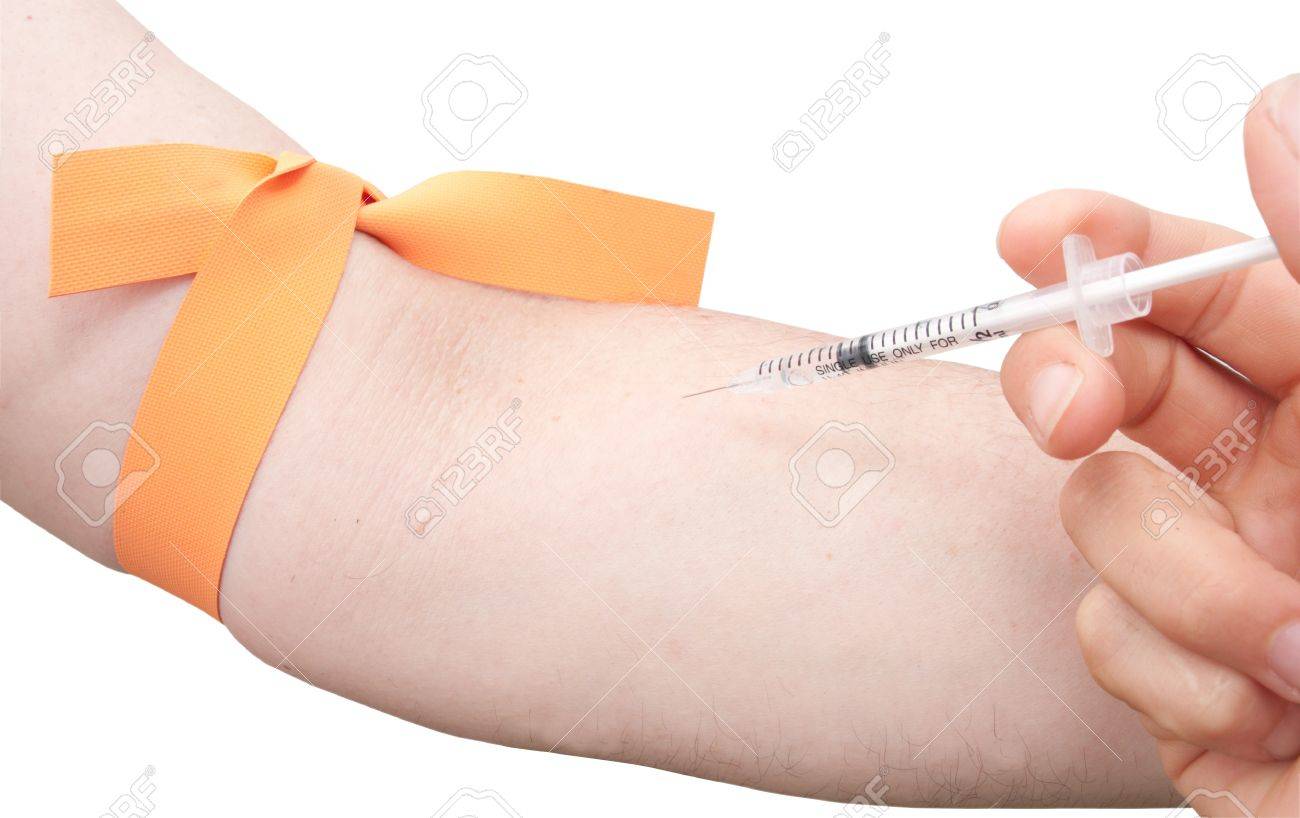 A more formal term for a “shot” is injection.

something (as a medication) that is injected

a drug or another substance that is injected into your body
He needs a daily injection of insulin.

This refers to the use of a handheld hypodermic needle: 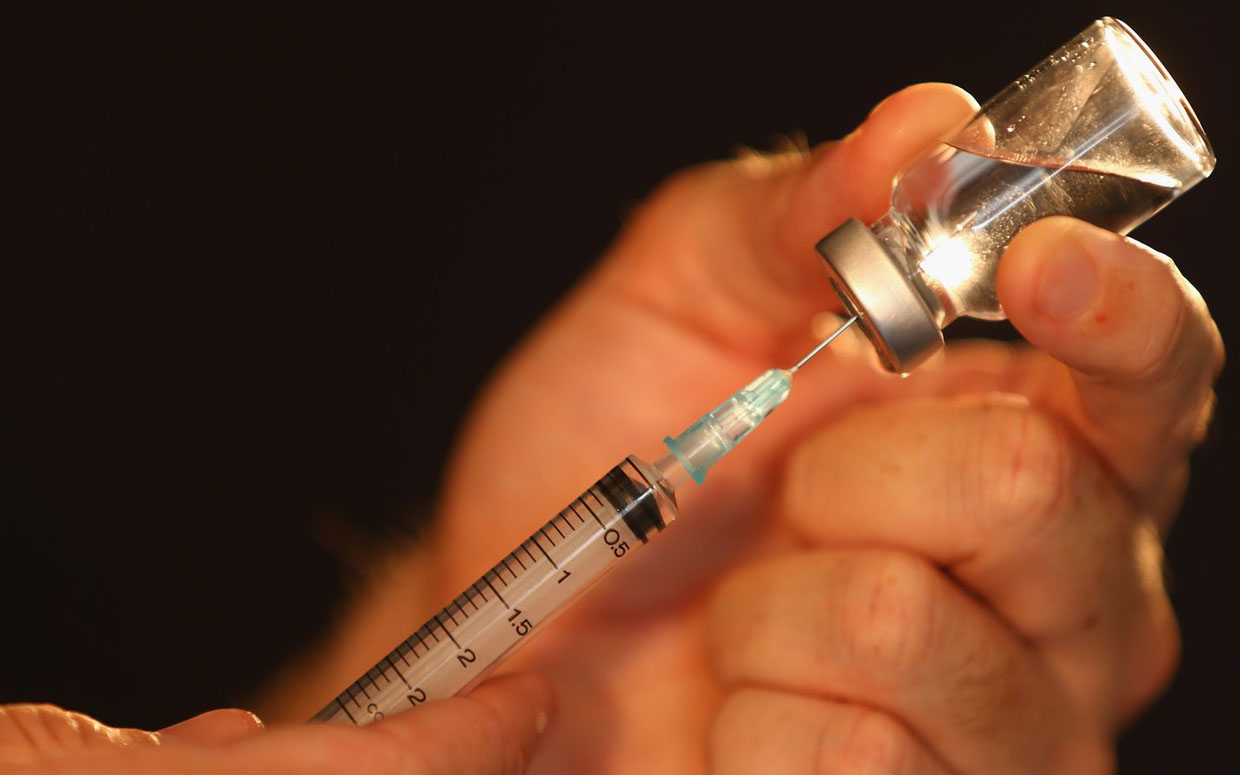 containing some sort of liquid drug or medicine, being manually inserted into a patient’s body — usually (but not always) into the arm: 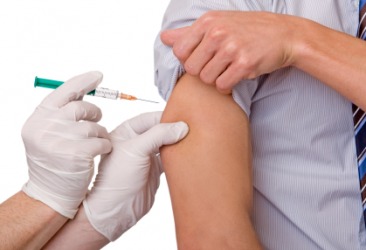 The word “hypodermic” is formed from hypo + dermic.  “Hypo” means under, and “dermic” refers to skin.

And yes, you can use the word “shot” as in “I got a shot yesterday” and “the nurse gave the patient a shot” — if that’s what happened (but not for your picture).

1
To be on a drip in the hospital

1
"Peeing" versus "pissing" versus "taking a pee"
6
How can I say "you have to bear the baby (not abort it)" in more natural English?
6
What's the word for a picture that is turned over - is it opposite?
0
When your teeth are covered by plaque
4
A word/phrase for "voice change"
1
An natural verb / idiom for "getting by with someone"
3
Hospital vs. Clinic vs. Polyclinic etc
0
looking for an adverb
0
using two relative clauses sharing the same noun