How to pronounce 'GB' (the island)?

When talking about United Kingdom or United States people often pronounce the letters of the abbreviation like "you kay" (UK).

However, I have never noticed anyone spelling out 'GB'. Is it somehow unspellable?

Great Britain is a subsection of the United Kingdom, so it is not as frequently mentioned as the UK is, since the UK is the accepted term. Although some speakers may decide to say "Gee Bee," it is not in common usage.

To be most widely understood, it is best to simply say "Great Britain." I suspect that it has not entered common speech precisely because it is not the official term for the entire country of the United Kingdom. 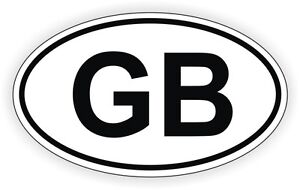 which has now moved on to the license plate

How to pronounce This is team GB

Not the answer you're looking for? Browse other questions tagged pronunciation proper-nouns reading-aloud abbreviations .

29
How are silent letters important?
16
"The USA" versus "USA"
2
Do we ever pronounce "g" in "ing" - example "going out"
3
Do you pronounce foreigners' names with the foreign pronunciation?
3
Do native English speakers always pronounce `th` correctly?
3
How can visual learners learn pronunciation in English?
0
How to pronounce grades in US and UK schools?
6
How do you pronounce FAQs?