What does this musn't mean?

[13ia]He mustn’t have done it deliberately.
[13ib]He can’t have done it deliberately
. . .
[14] i A: What has happened to Ed? B: He must have overslept. [subjective]
ii If I'm older than Ed and Ed is older than Jo, I must be older than Jo. [objective]
. . .
Because of the pragmatic weakening found with subjective must, [13ia] is not pragmatically equivalent to [ib], which is stronger, more categorical. Can’t would be preferred when the matter is regarded as obvious and particularly in denying something that has been asserted (He says it was Jill but it can’t have been), with mustn’t used - by those for whom it is not restricted to deontic modality - when it’s a question of arriving at a negative conclusion (He mustn’t have told her after all).(CGEL, p181)

The bolded part is hard to understand.

(1) To where is with mustn’t used connected syntactically?
(2) Is it saying the example He musn’t have told her after all has not deontic but epistemic modality?

Would you explain the overall meaning of the bolded part?

(* I mis-wrote epidemic below for epistemic: I'm much obliged to snailboat for correcting the word above.) 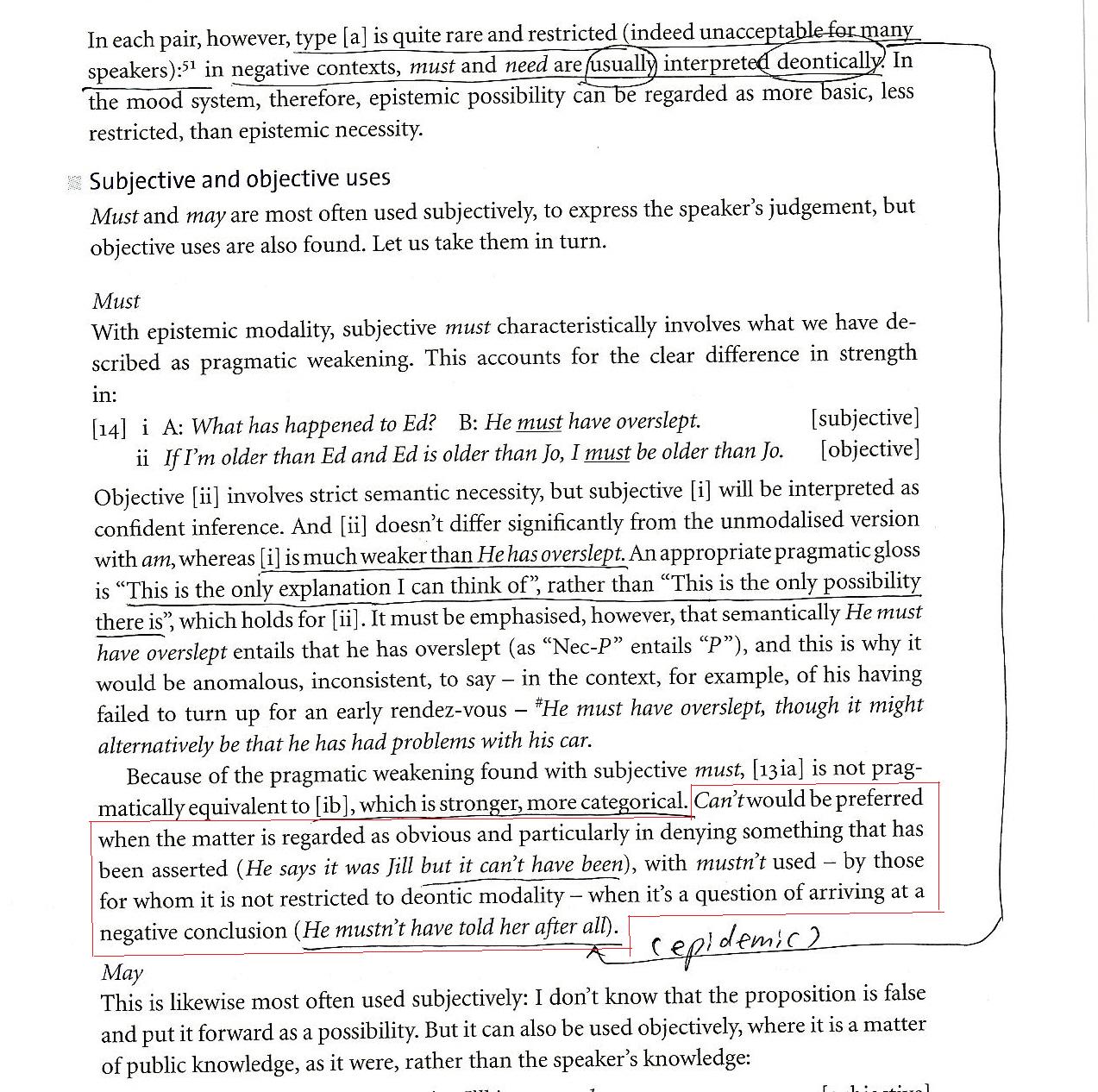 Not the answer you're looking for? Browse other questions tagged modal-verbs or ask your own question.