Do native speakers still use “ought to”?

Do native speakers still use "ought to" in daily conversation?

I haven't seen "ought to" used on any social or news ... websites. I only read about it in English grammar books. 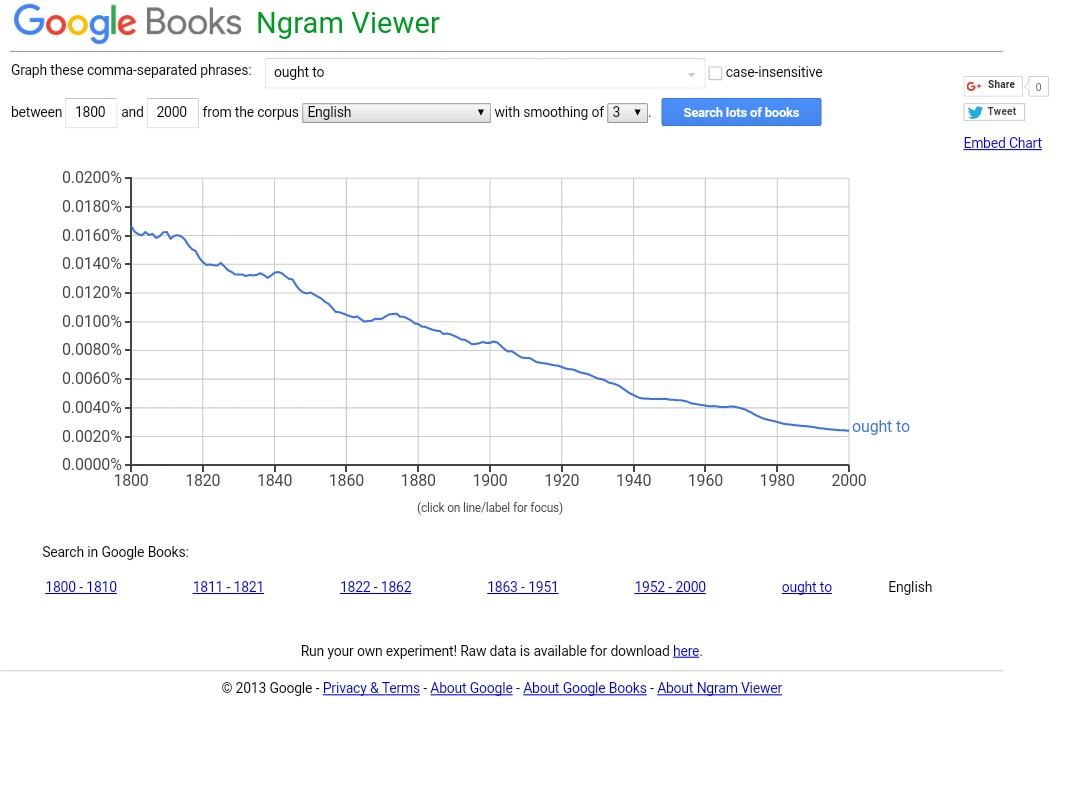 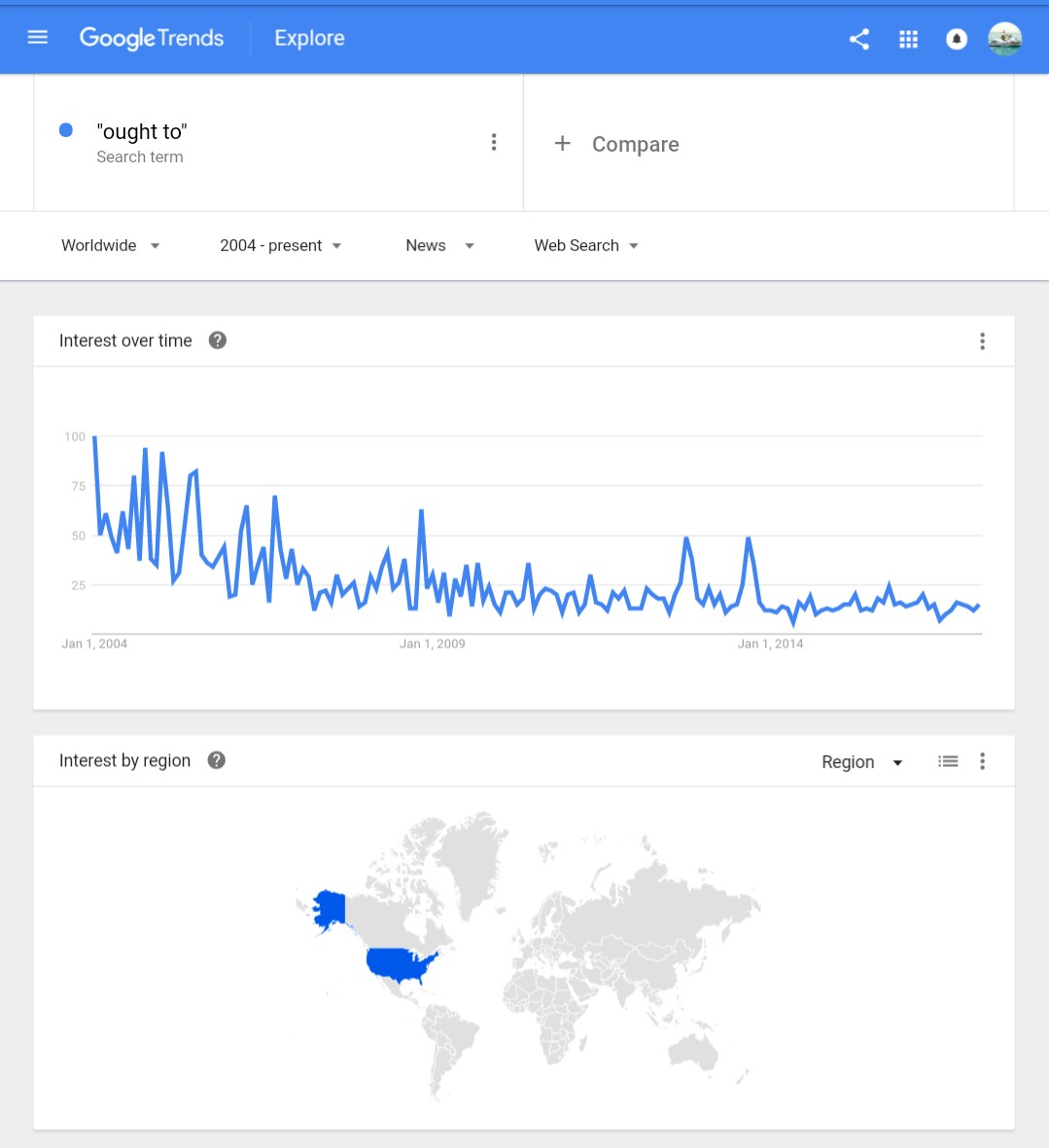 Is "ought to" still used?

Yes, some native speakers still use ought to, even on social media:

Pres Trump ought to see the writing on the wall, abandon proposal, roll up his sleeves & come up w/ a real, bipartisan plan to keep us safe.
Senator Chuck Schumer on Twitter

It should be noted that the to is not required in the negative:

Margaret ought not exercise too much.
EnglishPage.com

Ought to can also be (very informally) written as oughta.

Yes, I believe so. As a native American English speaker, I don't use it a lot. I prefer to use "should". A search of my text messages and other private messages (some of which is 3 years old) for ought/oughta comes up with nothing, meaning that neither me nor my friends/family use it in written communication. And I found some other sources that indicate it’s not just me.

Some grammar books don't cover ought at all:

In the Longman Grammar of Spoken and Written English, Biber et al. even explicitly exclude ought to from the discussion, arguing that it is among a group of “marginal auxiliary verbs” that “are extremely rare and largely confined to BrE”
Root Modal Uses of Should, Ought to and Be Supposed to in Present-Day English: From Patterns and Profiles to Proficiency Guidelines

Other sources confirm that its usage is declining:

In a recent article, Leech has drawn attention to the changing status of modals in present day use. He says: “According to an exploratory investigation we have undertaken, the English modal auxiliaries as a group have been declining significantly in their frequency of use” (2003: 223), and explicitly recommends “to those involved in the teaching of English as a second or foreign language” not to “waste hours of valuable classroom time teaching shall and ought to”
The study of modal verbs from a pedagogical perspective, quoting Leech's Modality on the Move

It even seems to be becoming less common in British English, as the Svartvik and Wright study was done on British teens in 1977:

Svartvik and Wright demonstrate that the modal auxiliary ought (to) is disappearing from the language and is being replaced by should, particularly in non-assertive contexts such as questions and negative statements.
Acceptability in Language

Social media is a pretty poor indicator of how people actually speak, in my personal opinion. As for the news and media - I don't know why you haven't heard it there very often. It is still used, though. I'm in my 30's, and I use "ought to" regularly. And I do pronounce the full 2 words, I do not say "oughta."

Of course, I'm also a bookworm and a librarian. But no, the word has not died in modern English yet. I have heard others use it as well.

'Ought to' often has a somewhat sarcastic or even chastising tone to it in modern American English whereas 'should' carries less tone and therefore is more often used.

"Mike ought to check his oil" is mostly used when the speaker is implying that Mike isn't going to check the oil or that he should have already. While "Mike should check his oil" only gives the implication that the speaker is providing a suggestion. Certainly the actual tone with which they are delivered can change the implications, but for neutral delivery this seems to apply.

Yes, ought to still exists and is used.

It can be heard and read in daily news too (though not often).

I'm active on few social sites and read many Internet articles, I ought to say it still exists.

Just a note: Ought is a modal verb and doesn't behave like ordinary verbs.

0
Is ought a common word in American English?

22
Is 'mating' only used with males? What if I use it with females? Is it incorrect?
22
What does 'aye' mean in this context?
3
Do native speakers say 'on the dot' or 'sharp' for all times, including 10:23?
1
Usage of 'cool'
5
Can we “renovate” the infrastructure in a city?
4
Is “fortnight” an outdated word?
6
Peoples say “request to” is wrong but I see a lot of sources have that kind of sentences
14
Do native speakers use 'so-so'?
0
American and/or British English usage of the word “really”