Understanding “What in pollination?” meme 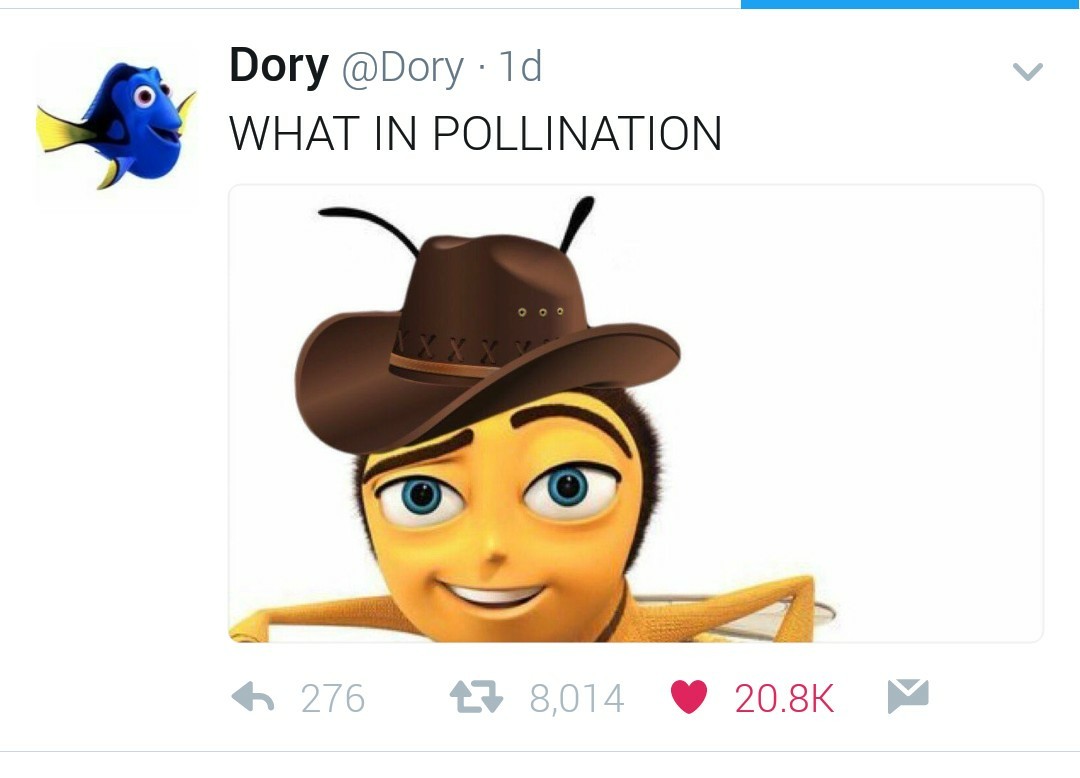 Does the hat resemble nation? If yes then what's the reason? I came to know that everything that ends with nation or sounds like nation they use this sticker and laugh at it. But I don't get the joke.

The joke is that this is a parody of another popluar meme. From knowyourmeme.com, What in Tarnation, 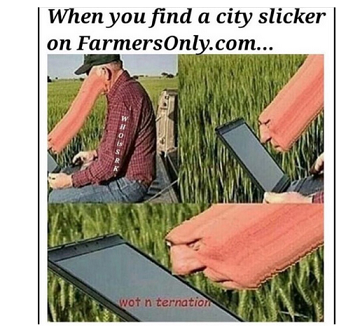 "When you find a city slicker on FarmersOnly.com / wot n ternation"

About
“What in Tarnation?” is a rhetorical question meaning “what in damnation?”, which is often associated with Americans living in the Southern United States expressing incredulous bewilderment.

The meme above spawned many parody memes. Here are some of the memes. 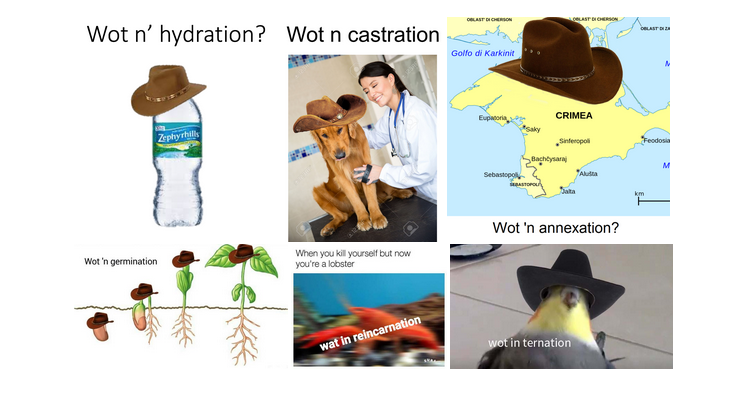 Notice that the parodies have the hat in common, follow the formula what in X where X rhymes with tarnation, and the image is somehow related to X.

In the OP, notice that the image is of a bee, bees pollinate, and the act of pollinating is pollination.

Like with many jokes, one needs to know several different cultural things.

The usual phrase is

and stereotypically it is used by cowboys in their accent.

It means "What in the world?" used to show surprise for something very unexpected.

The cowboy hat is on a bee and bees are know for pollinating plants, not for wearing cowboy hats. So, Dory is misspeaking which she is known to do from time to time, since she plays a ditzy character.

Not the answer you're looking for? Browse other questions tagged word-meaning jokes or ask your own question.

5
Understanding the notion of “indifferent health”
5
Why is “mantis about” written the way it is in “Look out! mantis about!”
2
Understanding of the phrase “an **inspirational** speech”
0
Question about meaning of the words “goofy” and “support system nearby”
0
What do “a low key” and “to name a few” mean in this context?
2
What does `Danny boy` mean in plain English?
1
Deal, compromise, get along vs reconcile
0
Deciphering a passage from “The Autumn of The Partriarch”
1
“Then you know who lived here?” “Trigger.”
3
When you have to wait for a short time