What is the meaning of the phrase `to be dangerous`?

When I studied 'ruby' by an e-book, I couldn't understand this sentence:

What is the meaning of the phrase to be dangerous in the picture attached below? 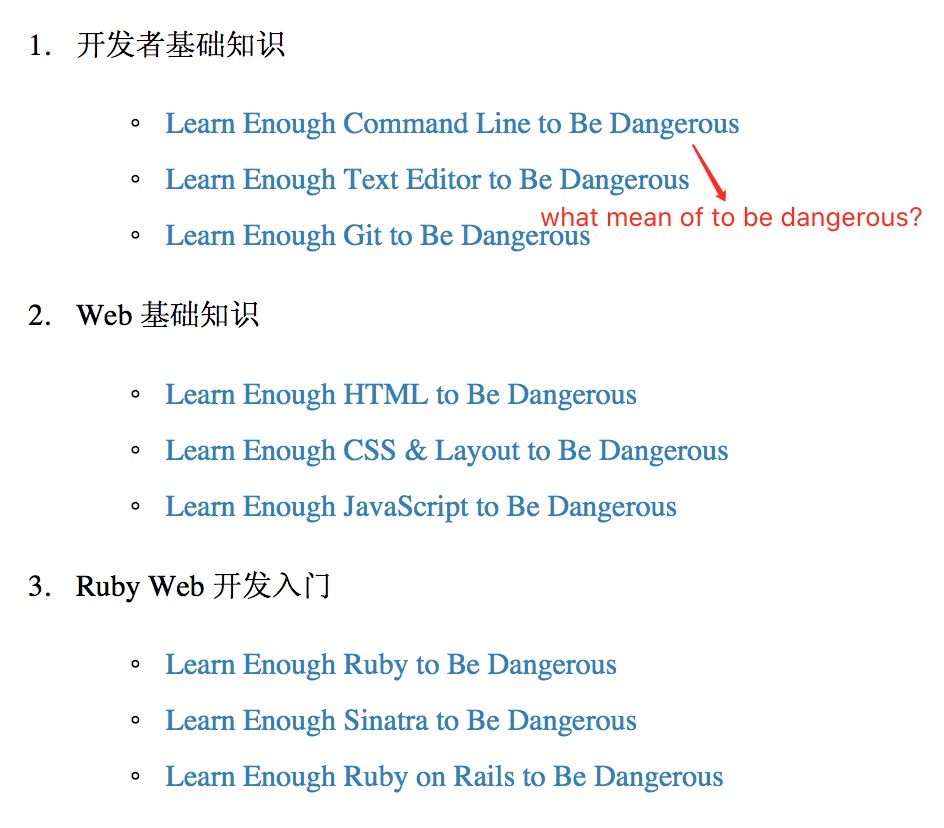 "Enough to be dangerous" means that you know enough to make big (potentially dangerous) decisions or actions, but don't have enough experience to know when such activity is advised and when it should be avoided.

This expression has two parts, first one is:

to be - this verb used when we want to describe some features, qualities, attributes (to be beautiful, to be smart, to be on time...). In terms of this sentence, used for description the quality as 'dangerous'.

Elaboration of meaning 'to be' by Oxford dictionary

the second part is:

the word 'dangerous' - means you should avoid using some 'command line'. Command line probably has some features that can be defined as dangerous. But what exactly dangerous you haven't asked yet and moreover, it isn't clear.

Usage of the verb 'to be' by British Council

Put it together (to be dangerous) - Command Line has features that could be distinguished as unwanted (you should avoid using). As it mentioned above, what exactly dangerous it isn't clear from the context