What is the meaning of the Michael words: “What did you stuff for her? Mr. Johnson?”

In The Lost Boys, Grandpa leaving the house & Michael say this words to him:

Grandpa: Just going to drop by some of my handiwork to the Widow Johnson.

Michael: What did you stuff for her? Mr. Johnson?

After doing some research, this website says that Grandpa is a taxidermist.

Taxidermy: the preserving of an animal's body via stuffing or mounting for the purpose of display or study

A taxidermist stuffs dead animals to mount them such that they appear alive. Here is the definition of stuff:

Is this dialogue, Grandpa is dropping off a stuffed animal at the Widow Johnson's house. Michael jokes that he stuffed her dead husband (presumably).

Here is a picture of a stuffed deer head: 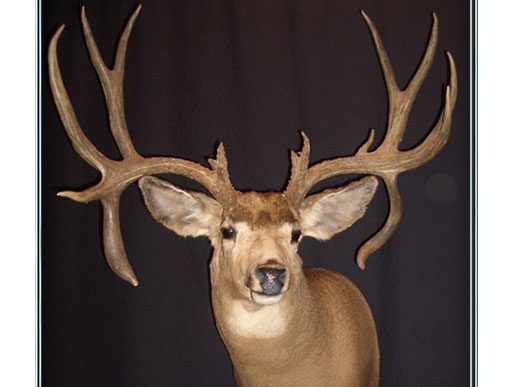