What is this large mammal with antlers called: a moose or an elk? 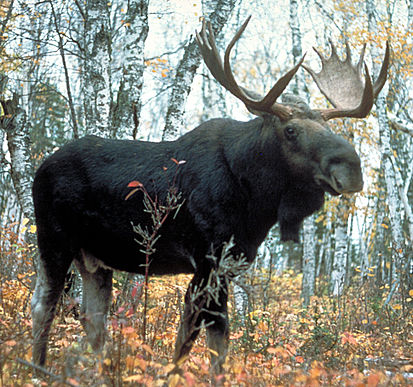 Is it a moose or an elk in the picture attached? It's from this Wikipedia article. I've always called this animal an elk. Wiki says:

The moose (North America) or elk (Eurasia), Alces alces, is the largest extant species in the deer family.

So these two words are synonyms.

On the other hand, Encyclopaedia Britannica gives the following information:

As you see, these are two different species, the moose and the wapiti (or the American elk).

What is the animal in the picture called?

implies that moose is used in North America, whereas elk is used in Eurasia.

In fact, the article goes on to mention:

Alces alces is called a "moose" in North American English, but an "elk" in British English; its scientific name comes from its name in Latin.

So what you call it depends on the kind of English you follow.

The elk, or wapiti (Cervus canadensis), is one of the largest species within the deer family, Cervidae, in the world, and one of the largest land mammals in North America and Eastern Asia. This animal should not be confused with the still larger moose (Alces alces) to which the name "elk" applies in British English and in reference to populations in Eurasia.
(Wikipedia) 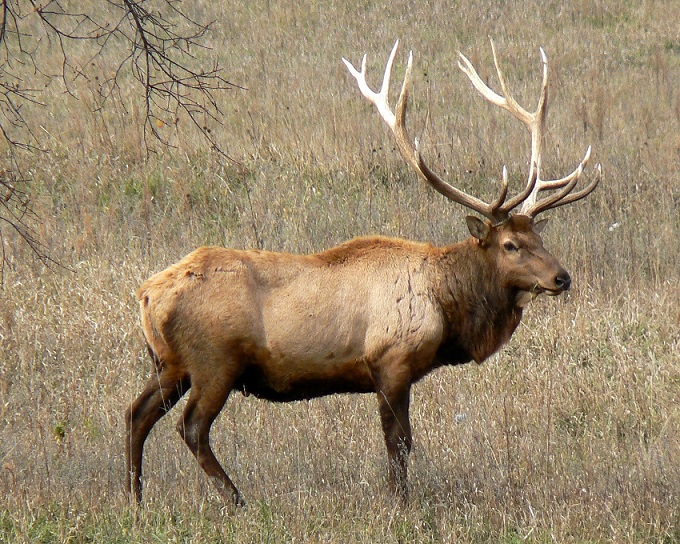