I can't understand the meaning of 'she has like 10 cars'

I saw a sentence on the internet containing this phrase

But I cannot understand the meaning of 'like 10 cars'. I think 'she has 10 cars.' is enough instead of 'she has like 10 cars'. Why did the writer put the word 'like' here? 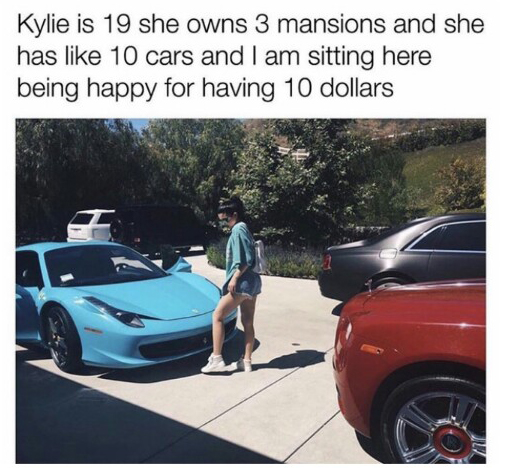 Like X means "not X but something that resembles X."

This is often used in mid-sentence to emphasize that X is an exaggeration or guess.

It can also be used if the speaker (and hopefully not writer) doesn't know exactly what words to select for something but instead uses words that come to mind immediately or that he/she thinks you would prefer.

I was talking to that like Dracula guy over there, that one that looks like he's a vampire or whatever.

These uses can combine and sometimes be used to express politeness in a weird way.

You are like the best dressed person I've ever seen in my life.

So I went to court and I told the judge, "I like, totally respect you and stuff." (Probably would still go to jail.)

I think this movie is responsible for causing this to become common.

3
“Like” as nonstandard adverb and informal interjection for the approximation: function or meaning?