What does “moon” mean in these two quotes?

Bane walked over to stand next to Ronan. He looked skyward.

Harry and Hermione followed him out of the clearing, staring over their shoulders at Ronan and Bane until the trees blocked their view.

"Never," said Hagrid irritably, "try an' get a straight answer out of a centaur. Ruddy stargazers. Not interested in anythin' closer'n the moon."

At one point Mark even counseled Denny that perhaps the best thing for Zoe would be to stay with her grandparents, as they were better able to provide for the comforts of her childhood, as well as pay for her college education, when that became necessary. Further, Mark suggested, were Denny not to be the principal caregiver for Zoe, he would be much more able to accept instructing and driving jobs out of state, as well as participate in racing series worldwide, if he so chose. He noted that a child needs a stable home environment, which, he said, could be best provided in a single housing location and with consistent schooling, preferably in the suburbs, or at a private school in an urban neighborhood. Mark assured Denny he would settle for nothing short of a liberal visitation schedule. He spent quite a long time convincing Denny of these truths.

I wasn’t convinced. Of course, I understood that a race car driver must be selfish. Success at any endeavor on an elite level demands selfishness. But for Mark Fein to say Denny should put his own needs above the needs of his family because concurrent success in both fields was impossible was simply wrong. Many of us have convinced ourselves that compromise is necessary to achieve our goals, that all of our goals are not attainable so we should eliminate the extraneous, prioritize our desires, and accept less than the moon. But Denny refused to yield to that idea. He wanted his daughter and he wanted his racing career and he refused to give up one for the other. 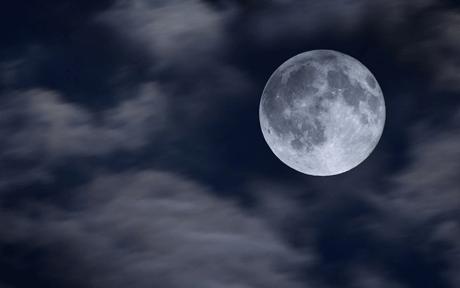 What Hagrid is saying in this text is that Skygazers are not interested in anything that is closer than the Moon - i.e. that they are only interested in the Moon and other astronomical objects, and have no interest in Earthly things.

Well, the accepted answer addressed your first question, so I'll take your second. Have you ever heard the phrase, "Shoot for the moon"? The author of the text you quote expects that the reader is familiar with the phrase, or at least with the metaphor from which the phrase arises.

In the card game Hearts, the object of each hand is to collect as few points as possible. There are 26 points per hand, 1 for each heart in the deck and 13 points for the Queen of Spades. Most hands end up with those points distributed amongst the players. However, there is a twist in the game. If one player manages to collect all of the points, he gets no points (wins the hand) and everyone else gets stuck with 26 points. It's a risky thing to attempt, after a few plays everyone at the table knows what you are trying to do and will attempt to stop you by collecting a point or a few. Successfully collecting all 26 points is called "shooting the moon".

"Shoot for the moon" can also refer to any endeavor for which you take a huge risk hoping that it pays off in a glorious way. You can "shoot for the moon" by quitting your day job to become a singer, or by risking your home in a poker game. So, metaphorically speaking, "the moon" is the ultimate prize, and you can't get that prize easily or without risk. You can only "shoot the moon" by accepting no compromise; it's all or nothing, and in most cases, the odds are against you.

Now, armed with that information, read the paragraphs again.