What does the phrase "to within" mean?

While I was reading the book 'Introduction to Algorithms by CLRS', I came across the sentence:

...is equal to g(n) to within a constant factor.

I've seen something about it in Merriam-Webster, but 'to within' is not clear to me, as I am not a native English speaker. Can anyone explain it to me?

Perhaps a non-math illustration will help clarify the meaning of "to within."

A is B to within a constant factor 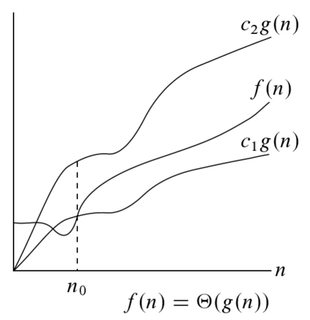 The key is in

where c1 and c2 are defined by the caption of Figure 3.1 as being positive constants.

So we can rephrase as

Not the answer you're looking for? Browse other questions tagged phrase-meaning prepositional-phrases mathematics .