Good evening guys! Reading Gold Proficiency Maximiser, I found this chart worth discussing. I have several questions about it, so let's start:

1. Nobody having any more questions to ask, the meeting came to a close.

It is said that the subject of the participle clause is usually the same as that of the main clause. I'm used to this "usually" thing, but it would be strange if it were an exception right after they wrote the rule.Does this sentence have two subjects "Nobody" and "the meeting" or I'm wrong?

Why is "having wanted" incorrect despite that they wrote that all of the (wanting to),(wanted by) and (having wanted to) are possible to use. And one more thing, could you give me an example of "wanted by" in a sentence together with its meaning? 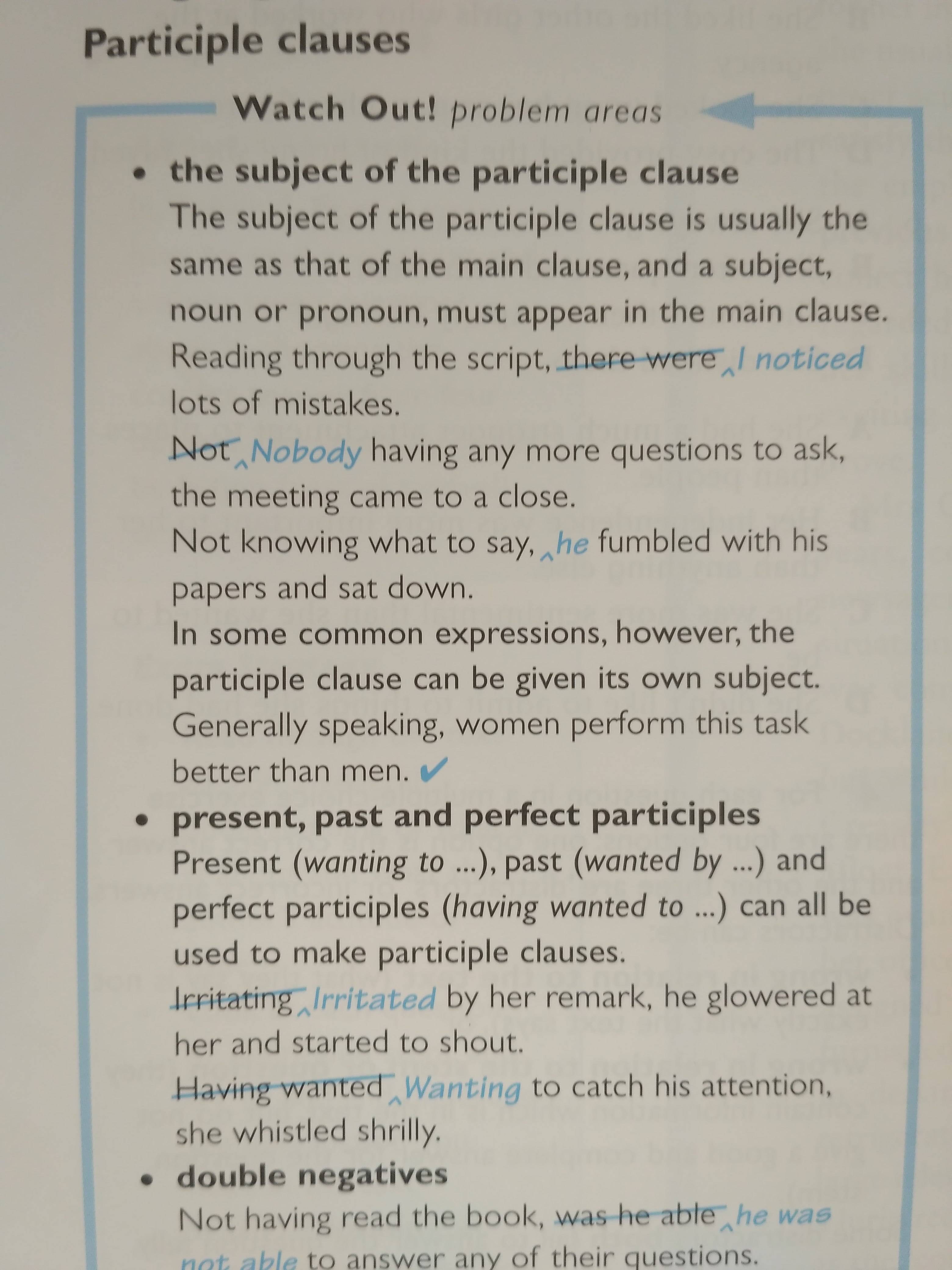 Not the answer you're looking for? Browse other questions tagged participle-clauses or ask your own question.