A word looks similar to “frail” but means something like “whip”

I remember there is a word that looks similar to "frail" but means something like "whip". Do you happen to know the word? Thanks!

The word you are looking for is flail. It was originally an agricultural implement, used for threshing, separating edible grain from the straw and husk: 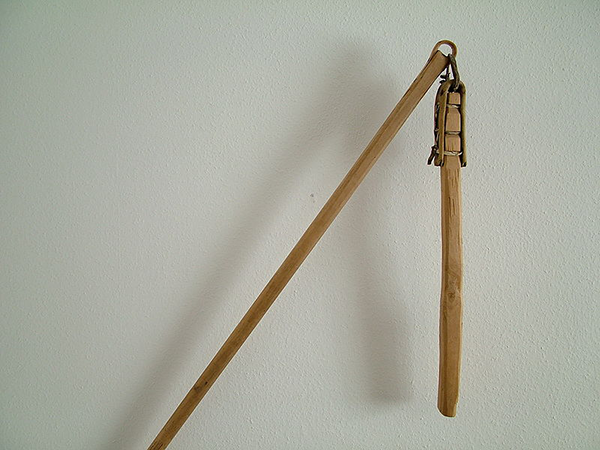 The long handle allowed the user to impart great speed to the end, while the hinged joint transferred this energy to the beater and changed its direction so the beater would hit the bundle of straw flat. Flails were occasionally used as improvised weapons, sometimes fortified with iron studs and spikes, valued for their ability to strike around a shield or interposed weapon. Eventually one-handed military-grade versions) were developed, which extended the hinge into a chain and reduced the striking surface to a pointy thing for hitting people with. 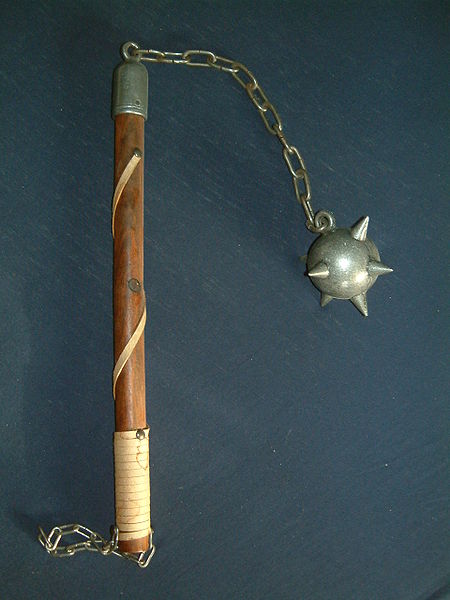 Pictures courtesy of Schweitzer and Tim "Avatar" Bartel, via Wikipedia, CC license. This answer brought to you by snailboat and the StoneyB D&D Foundation; all reputation proceeds will be donated directly to the Community Wiki fund, where they will be used to purchase flails for orphans in need.