I was reading the following passage on englishworksheetsland.com when the phrase a few March's ago attracted my attention. As far as I know, the plural of March is Marches, but I can't understand whether the one here is something different or simply a mistake. What do you think?

From Georgia to New York

A few March's ago we moved from Georgia to New York. It was a very long trip. We had to walk most of the way because our car broke down. We left on Monday, March 3rd and didn't get there until five years later! On the trip I had to learn how to measure. One day I measured how many gallons of water we drank and how many yards we walked. Then I had to figure out how many feet were in the yards. I also learned a lot about science. All in all, it was a very boring trip. Next time, we're going to fly!

It's a mistake. A lot of native speakers don't seem to understand that you don't make a plural with 's!

It's such a common mistake it's even got its own name, the grocer's apostrophe, probably because the most common place to see it seems to be on grocers' signs: 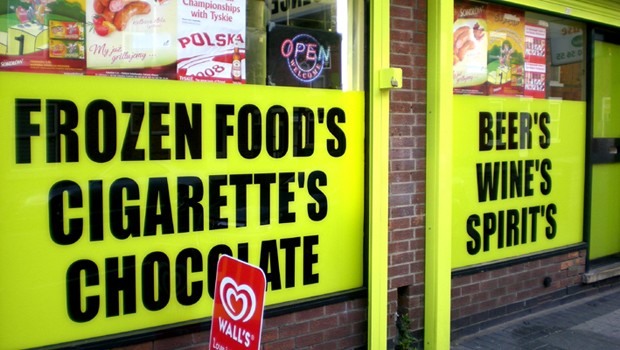 Not the answer you're looking for? Browse other questions tagged plural-forms spelling or ask your own question.