Why is “mouthbreather” an insult?

I've heard the word "mouthbreather" frequently used as an insult, which I find baffling. Why is this considered an insult, and where does it come from?

"Mouth-breather" is used to imply someone of low intelligence, who perhaps isn't even smart enough to clear a blocked nose and so always breathes (loudly) through his mouth.

As to why it's an insult, who can say? Why is it that if you call someone "a dog" it's bad, but if you say "my dog" it's good? "Pigheaded" means "unreasonably stubborn" but why? Pigs are actually very easygoing animals, especially when compared with cats (who can be incredibly stubborn).

Sometimes a phrase means something simply because that's how it's been used. Someone used it, it sounded appropriate, so others copied them. Over time it becomes part of the language.

With respect specifically to the term "Mouth-Breather," though this is not the only answer, a very compelling one is a genetic malady called Down Syndrome. Take this fine gentleman in the picture: 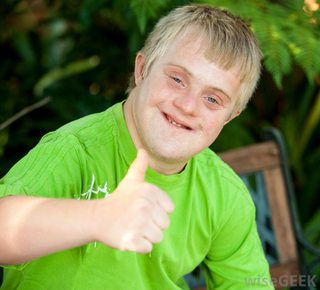 As a sufferer of Down Syndrome, he and others like him have a tendency to suffer breathing problems. These cause many sufferers to favor breathing with their mouth as opposed to their nose (you can read more about it here if you'd like). You'd breathe with your mouth most of the time too if you had problems breathing through your nose.

Combine this with the sad fact that the malady reduces the average IQ from 100 to 50, and it becomes rather simple to draw the correlation of the term "mouth breather" being used as an insult.

Something to note: this malady has existed throughout human history. There are references to it going back to at least the 16th century, including this painting (The Adoration of the Christ Child, of which there are several versions, this one painted in 1515 and believed to show numerous subjects with what is now known as Down Syndrome): 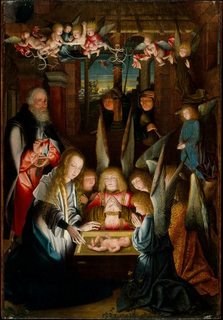 So the term "mouth-breather" has had centuries to build up its sordid reputation.

I think that it may be a person that nonstop talks about other people's business that had been wished to be kept a secret. I assume that this is the reason because talking could also be assumed as breathing through the mouth because it is open on a regular basis. Here is an example:

"My best friend is a mouthbreather because she told everybody who I have a crush on!"

I may be incorrect, but this is what I assume. I have been told, however, that it is a term for someone with low intelligence, such an example would be:

"the child in my class is a mouthbreather, he didn't know any of the answers on his test!"

since this is one of the terms for "idiot" or "stupid" it would be fairly appreciated that no one is to be called this in your social or non-social life.

1
Is the word 'diplomat' a negative word?
0
image of “tab” that is not browser's function
12
Meaning of “unchubby” in “If you are gay, why were you so unchubby in the shower?”
1
Why is this structure described using the word “jacket”?
0
Can I use the word 'soon' in such context?
0
“I'll play your game, you rogue.” What does this mean?
0
is there any difference between “fisherman/woman” and “fisher”?
0
The word 'lavra'
0
“Keep something” vs “stand by something”
3
“Offend” vs “Insult”