Contentment or Satisfaction, which is mostly in use?

Please have a look at the below Google Ngram image,

I like to use Contentment in my sentences, but the image shows that the word Contentment has the least usage now a days.

So please help, is the word Contentment still in usage or I have to use the common word satisfaction always?

Advance thanks for your help.

Sorry for my bad English. English is not my native language. 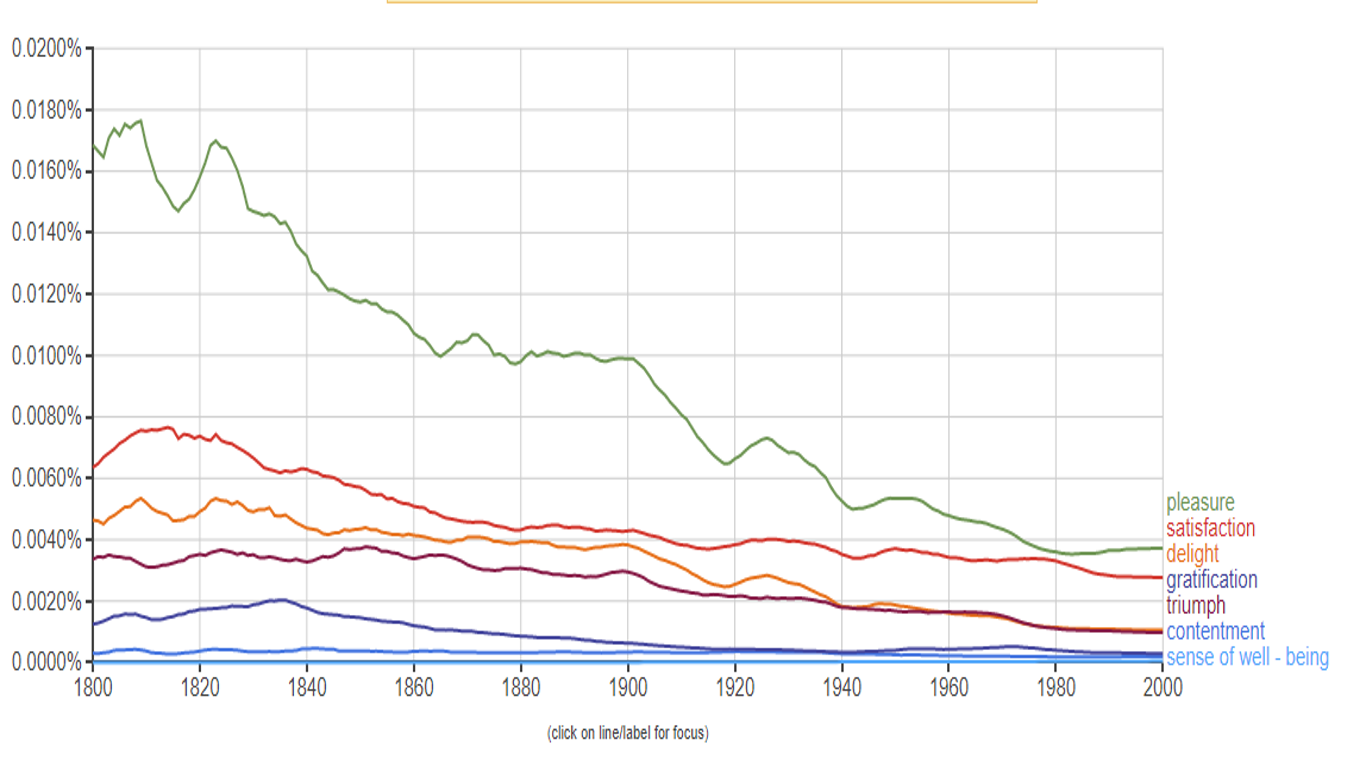 So it seems to me that the only questions you truly asked were whether contentment is still used and whether you can use it. The answer to both questions is a resounding "yes."

It may have slightly different connotations, as Canadian Yankee suggested. It may not be used as often—as both ngrams suggest. But it is a perfectly normal and acceptable word that is most definitely still in usage!

To steal an example from your question in the comments, these are both normal and have similar meanings:

I would say that contentment and satisfaction are not exact synonyms. Contentment is more specific than satisfaction and it evokes a mood of calm, stillness, or peace. Wikipedia defines contentment as "...a mental or emotional state of satisfaction maybe drawn from being at ease in one's situation, body and mind." This is why satisfaction is more common - it has a much broader meaning than contentment does.

I achieve satisfaction from a job well done, but find contentment in a quiet Sunday afternoon at home with no chores to do.

By reducing the time frame shown on the Ngram to "our lifetimes" we can get a better comparison of word frequency.

As the comment stated, this is indeed based "only" on data from books and magazines. However, we can see that the difference is significant: satisfaction is consistently used over 10 times as often as contentment.

Literature and spoken words aren't out-of-sync by tenfold, so I will say with 100% confidence that SATISFACTION is used more often, in all manners of English communication, including between the major regions. (My own experience also agrees with that fact.)

A modified Ngram, Perhaps a better example, with all your sample words. Those lines are pretty darn straight (ie., no fluctation) and that's a pretty huge gap between the 2 words in question.

If we were comparing the words content versus happy, the results would be very different. Content is used 10000x more often than Happy... but content has multiple meanings, one used much more often during our tech age ("web site content", etc).