According to Longman and Collins dictionary crawl means:

to move slowly, either by dragging the body along the ground or on the hands and knees

so in my point of view it's OK to say snakes crawl, but in one of the previous questions which was posted here, A comparison between "Creep", "Crawl" and "slither", it was said that it sounds unnatural if we use the verb crawl for snakes and slither can be used alternatively.

I was wondering whether this usage of crawl is really unnatural among both British people and Americans because while I was searching I've just come across two songs Snakes Crawl by Bush Tetras and Snakes Crawl at Night by Charley Pride which led me in to confusion.

Here's an ngram comparison of all three. 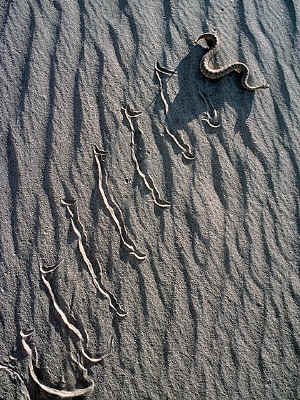 5
A comparison between "Creep", "Crawl" and "slither"
2
Can we say "slide" about the snake?