Does “A is connected near B” sound natural?

I am trying to describe the structure shown in the image below. My first example is as follows:

I think this is redundant a little. My second example is as follows:

The green bar is connected near the right end of the blue bar.

I am not sure whether this clearly describes that the green bar is connected to the blue bar. I would like to know how to describe the structure clearly and simply. 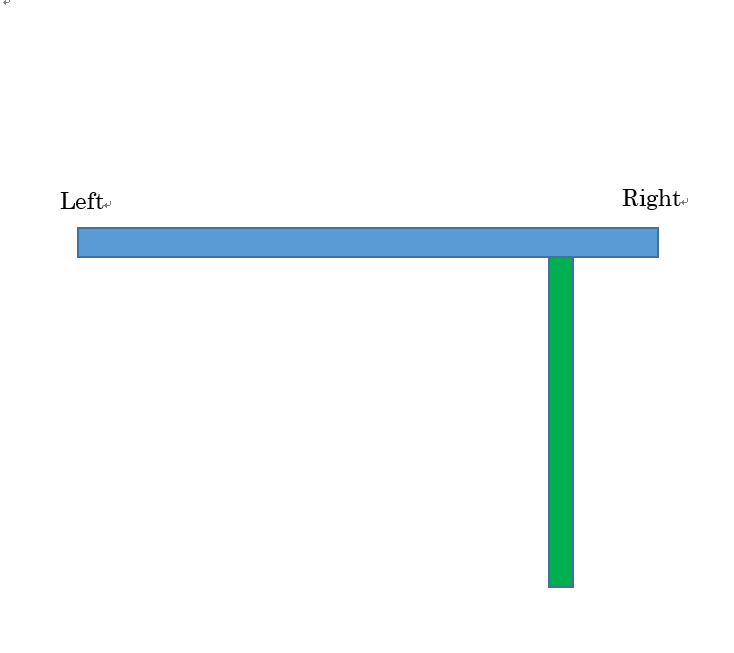 The first one is right but a little wordy and the "a portion of" does not belong. The second answer sounds like it is connected to something else, possibly not the blue bar.

The first alternative that comes to mind:

The green bar touches the blue bar near its right edge.

I prefer "touches" instead of "is connected to," although they are both valid. The latter kind of connotes that there may be something connecting the two, like glue or a latch. The former implies that if you pull on the green bar, the two will come apart and tends to get used with graphics like this.

Here "its" should refer to the most recently mentioned noun, which is the blue bar. Some people may still get confused about what "its" refers to even though the grammar is unambiguous. If this is a technical manual or other location where clarity is more important than brevity, you might consider something like

The upper edge of the green bar touches the bottom edge of the blue bar near the latter's right edge.

2
Connected 'with it / to it'?
3
Confused between 'Near something' and 'Near to something'
0
“Nowhere near ready/finished” vs “Nowhere near being ready/finished”
4
“Near to me” or “near me”?
1
'on square' = near square?
1
Describing the position of elements of a web page
1
Difference between by, close and near
0
Does the question “until what time do you work” sound natural?