What does the Daily Mail's headline “inch ahead…” and “…a Marxist in No 10” mean?

Just as the newly confident Tories inch ahead in the polls,11 self-consumed malcontents pull the rug from under our EU negotiators, betray their leader, party and 17.4m Brexit voters and—most damning of all—increase the possibility of a Marxist in No 10.

I am not able to understand the passage in bold. Can you help me? Just one unclarity. Marxist in No 10. I have no clue what it means.

Here's what the first line says: as a political party called the Tories with regained confidence is slowly rising in popularity in the polls, blah blah blah. to inch means to move very slowly in a particular direction. This is evocative of an image of a worm slowly, inch by inch, crawling somewhere. So, inch ahead simply means move slowly in the forward direction. More idiomatically, it would mean something like slowly making one's way through something.

No. 10 is short for 10 Downing Street. That's the location of the headquarters of the British government in London. 10 is presumably the number of the building where the headquarters are found. You can read the linked Wikipedia article I provided if you really want to know what exactly it means.

In short, what this passage is saying is that the British public or the pollsters are afraid that come the next elections they will end up with somebody holding Marxist beliefs (socialist beliefs, in other words) in the government or something to that effect.

The Prime Minister of the UK, currently Theresa May, resides in Number 10 Downing Street. Following the election May called in June 2017 she was left with a small 16-seat majority in the House of Commons. 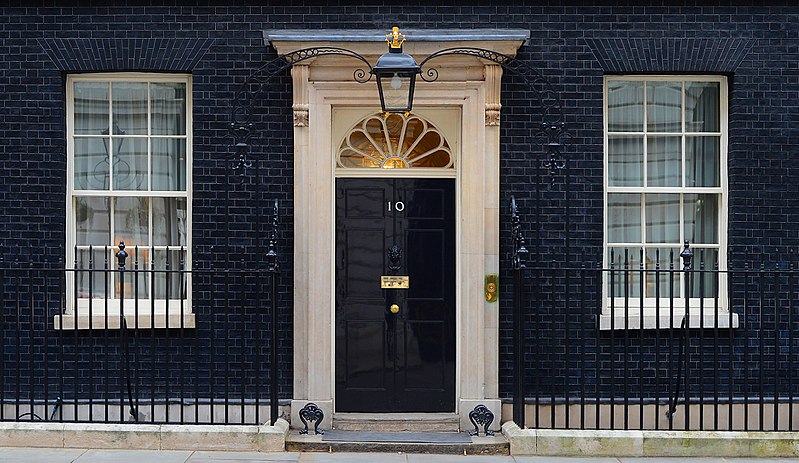 The Leader of Her Majesty's Loyal Opposition is currently Jeremy Corbyn, leader of the Labour Party. He is known for having strongly left-leaning views such as wanting to renationalise parts of the British Railway system. The Daily Mail considers such policies to be Marxist.

The Daily Mail is saying that in their opinion the 11 Conservative MPs that voted against the Government (in the vote to allow Parliament a role in voting on Brexit) are increasing the chance that May's administration will fall and a new election will be called resulting in a win for Mr Corbyn.

Not the answer you're looking for? Browse other questions tagged meaning ellipsis headlinese metonymy .