some questions of gerund forms

According to the image below 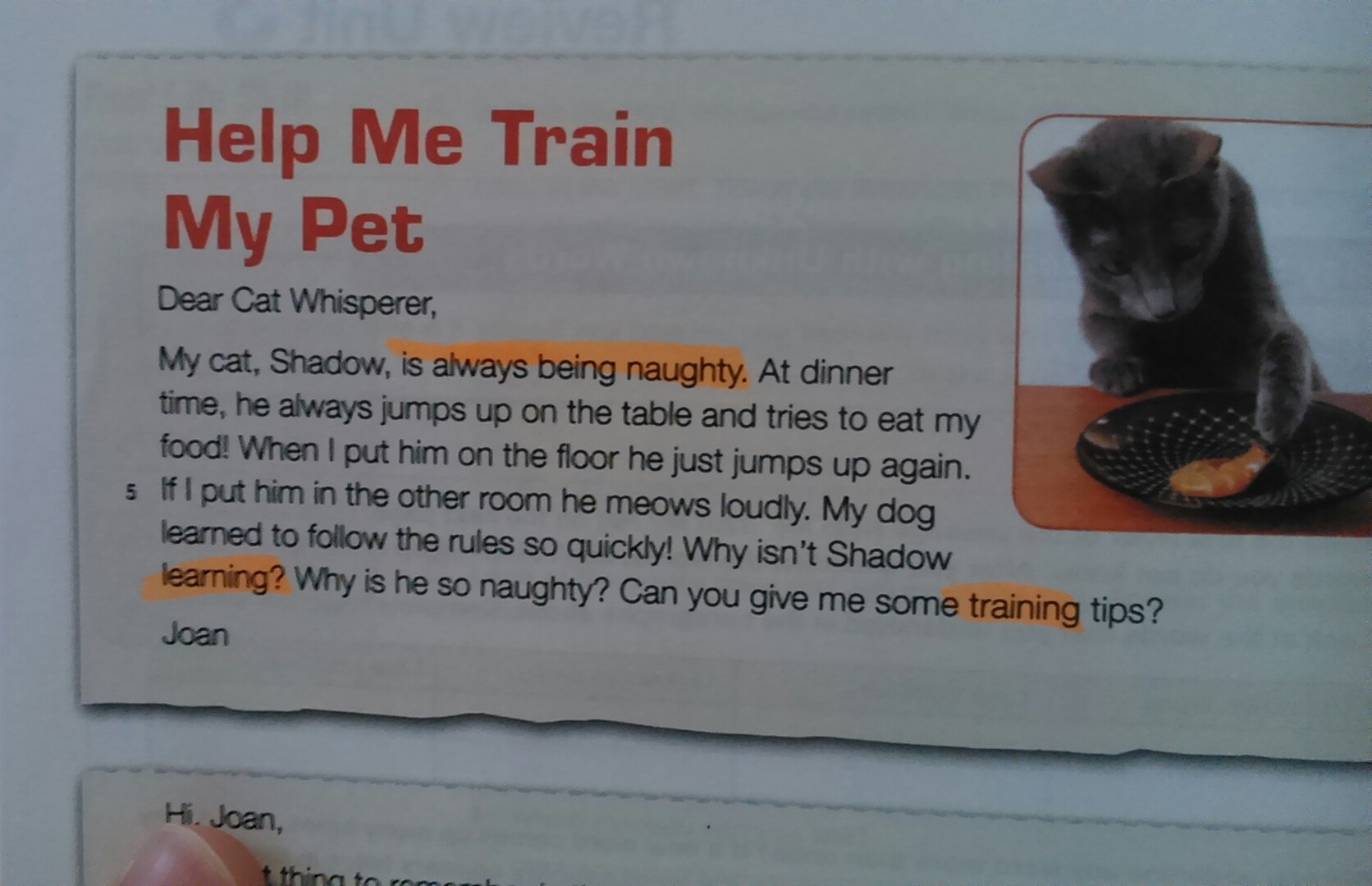 My cat, Shadow, is always being naughty.

in my opinion, it's a temporary situation so why gerund form? and also in the last line

"(His) failing chemistry resulted in his having to repeat the course."

In the above example, both "failing" and "having" are gerunds because they are functioning as verbal nouns, which is clearly portrayed by the use of the possessive adjective "his" that is used for each one. This isn't always going to be so obvious though. Take for example your example above:

"Can you give me some training tips?"

If you recall, I called this a gerund that is functioning as a noun adjunct, but it is still essentially a gerund, although it's hard to tell from this construction as a noun adjunct; but if we should remove it from its noun-adjunct position, it becomes clearer that it is, in fact, a gerund:

"Can you give me some tips for training my cat?"

"Training my cat has been really difficult. Can you give me some tips for it?"

"My cat, Shadow, is always being naughty."

it is clearly in the present progressive tense, which is also called the present continuous tense. The present progressive tense uses -ing words as though they were adjectives and, in fact, they are verbal adjectives. This tense means that, at this specific time and in a continuous state, the cat, Shadow, is naughty. In fact, Shadow is always continuously naughty; therefore, the present continuous tense is used in this situation. Now, the writer could have written it in the simple present and, had he done this, it would basically convey the same meaning above since the writer uses the adverb "always", which helps convey the idea of continuousness to the reader:

"My cat shadow is always (being) naughty."

As for your example,

this is another present continuous tense construction; therefore, "learning" is not a gerund, but a present participle. The writer could have written it as

and it would basically mean the same thing as the present continuous construction in this specific instance. Whenever one uses the simple present rather than the present continuous, he is trying to convey his message in a general sense ("trying" is a present participle in this instance). However, in this particular instance, I believe the writer wants to convey to the reader that, at the present time, Shadow continues not to learn rather than trying to convey that to the reader in the general sense of the simple present tense ("trying" is a gerund in this instance).

To sum up everything, the English in this advertisement is perfect except for some commas that I might add. While the writer could have written it in several different ways using different tenses and other constructions, his message is conveyed well and there are no grammatical issues. I hope this answer might have helped you out. Take care and good luck!

Not the answer you're looking for? Browse other questions tagged grammar gerunds .

1
"Trying to be happy."
5
Gerund phrase after the preposition "in"
1
Implication and Time reference of simple passive gerund (Ing form)
2
How verb can be used after the preposition?
3
Negation of verb/gerund
2
Is "telling" in this example sentence a gerund?
0
Why not gerund after a preposition?
0
How do I know that some verbs have gerund or "tion" noun? And when to use which one?
0
Some grammar questions from the test