In the following joke:

How do you hire a horse?

Stand it on four bricks.

The humor seems to come from the homophones hire and higher. Is that so? Because this is grammatically incorrect (to higher is not a verb, so how do you higher a horse has no grammatical meaning), and usually jokes using this kind of wordplay at least respect a syntactically valid structure.

Is this just a bad joke that does not respect the grammatical structure of the phrase, or is there another meaning? Looking at the collection of jokes at the end of the this page (which includes the horse joke) they all seem to respect grammaticality. I was not able to find a "joke explainer" site with the exact details of how a native English speaker is supposed to understand it.

(The reason I am asking is because this kind of joke has some educational value, e.g. at the end of a course when students are tired; such jokes may help introducing some extra vocabulary, or with memorizing phonetic rules. But if the joke is ungrammatical, this may actually confuse the students.)

Yes, the hire/higher homophone is the basis of the play on words.

Is it a bad joke? Probably!

Do jokes need to follow exact grammar? Absolutely not! It's only a joke, if a somewhat corny one. It's a bit childish. And in fact, it is the kind of thing we might expect to hear from a child.

Edit: Since you are looking for some English "lore" then I wouldn't want to disappoint you. This might be relevant. 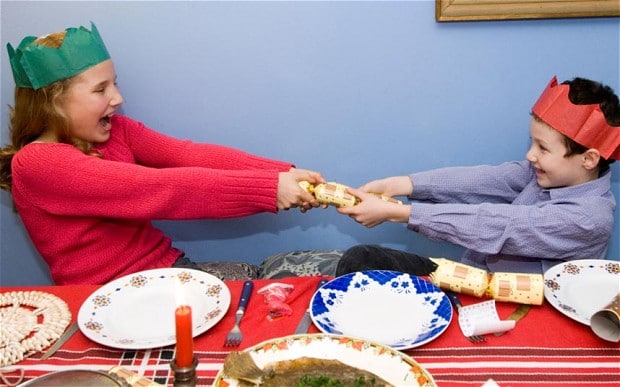 Two guests pull the cracker apart. The game is for adults or children. It has little firework inside that "cracks" when you pull it, hence the name. The person left holding the largest part wins the contents of the cracker. The crackers usually contain a rubbish joke, traditionally a rather childish joke just like the example you provided. Also a cheap toy and a paper crown are also inside the cracker.

It's all part of the traditional Christmas day things you absolutely have to do, whether you are a Christian or not. Christmas day without a corny joke or two is not a proper Christmas day.

Not the answer you're looking for? Browse other questions tagged jokes word-play .