Which One Of the Following Force or Forces?

Recently I have been given an exam. There was a multiple choice question(technical engineering question). There were four options and out of four only one was correct.

Each option had the particular force of fluid mechanics written.

Which one of the following force will dominate

Now my question is:

Is the above sentence correct and meaningful according to standard written English? Or should it rather be

Which of the following forces will dominate.

For clear understanding of whole question I am attaching full Picture of official question. 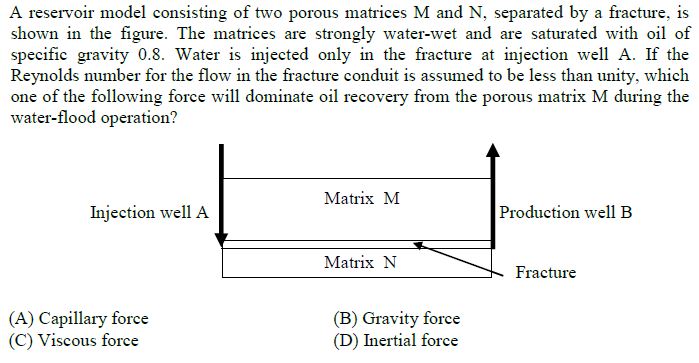 There seems to be a typo in the question. It is missing the plural s

Which one of the following forces will dominate?

is how to ask the question to get one force as answer.

I do not, however, see any way to challenge the question. It is clear despite the typo, that the answer is the "one dominating force"