What do you call the "collars" of a bathrobe?

In other words, what do you call these?

Most generically, they would be called lapels (the left lapel and the right lapel). And, to the best of my knowledge, it's absolutely irrelevant whether it's a coat or a bathrobe that you're talking about—they're still called lapels. There are different types of lapels such as notch lapels, peak lapels and so on and so forth, but they're all lapels.

That entire feature inside your circle is sometimes called a shawl collar. If you were shopping for such a garment, you would tell the salesperson that you wanted a bathrobe "with a shawl collar".

Personally I'd call it a collar, but I've never sewed anything in my life.

According to the people at this site, who have sewn, it's called a collar panel. 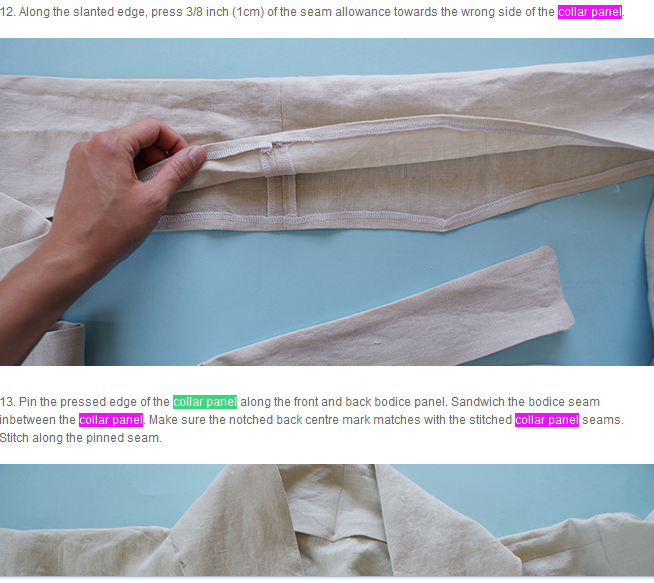 I also just learned that sewed and sewn are interchangeable!

Not the answer you're looking for? Browse other questions tagged word-request terminology .