Can an imperative sentence be without verbs?

In English there are 4 types of sentences as it's taught in schools: 1. Declarative. 2. Interrogative. 3.Exclamatory. 4. Imperative. 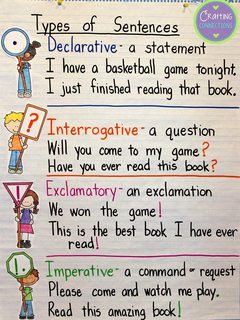 According to the linked image in your question, the following are nominal sentences:

Every one of these sentences has a verb.  In fact, they all have the same verb, the copular "to be".  If we're defining "nominal sentence" as a sentence without a main verb, then none of those examples are nominal.  True, this verb lacks action and lacks transitivity, but it does mark tense, form a predicate and demand a subject.  The so-called nominal sentence examples from your linked image are all verbal sentences.

English does have a few examples of natural nominal sentences:  "Thanks."  "Drat."  "Sorry."  "The more, the merrier."  Conversational English and newspaper headlines are rife with contextual ellipsis, leading to a type of technically nominal sentence for which the verb needs to be reconstructed before the clause can be understood.

Yes but only with the context in a previous sentence that is being ellipsised. E.g. a common one for my kids:

It should be noted that your nominal sentences also include verbs if you consider "be" and its variants (is, are) as such. In this case (equivalently) nominal imperatives would be: "be good", "be quiet" etc

What about: "Hands up" "Phones off please" etc., which are typical commands given by teachers but don't actually contain any verb in its imperative form: Put your hands up, Switch your phones off etc.

Not the answer you're looking for? Browse other questions tagged imperative-sentences types-of-sentences or ask your own question.

0
What is the name of such sentence in English syntax? (Pronoun + auxiliary verb + noun / adjective)