'My brother and his fiancee had been together for two years.' Why 'had been' not 'have been'?

The past perfect refers to a time earlier than before now. It is used to make it clear that one event happened before another in the past. Ok, that's good.

So in this sentence 'my brother and his fiancee had been together for two years.' why 'had been' is used not 'have been'? I think 'have been' is more natural. Sometimes it is difficult for non-native speaker to understand past perfect. So, why does the author use 'had been' not 'have been'? 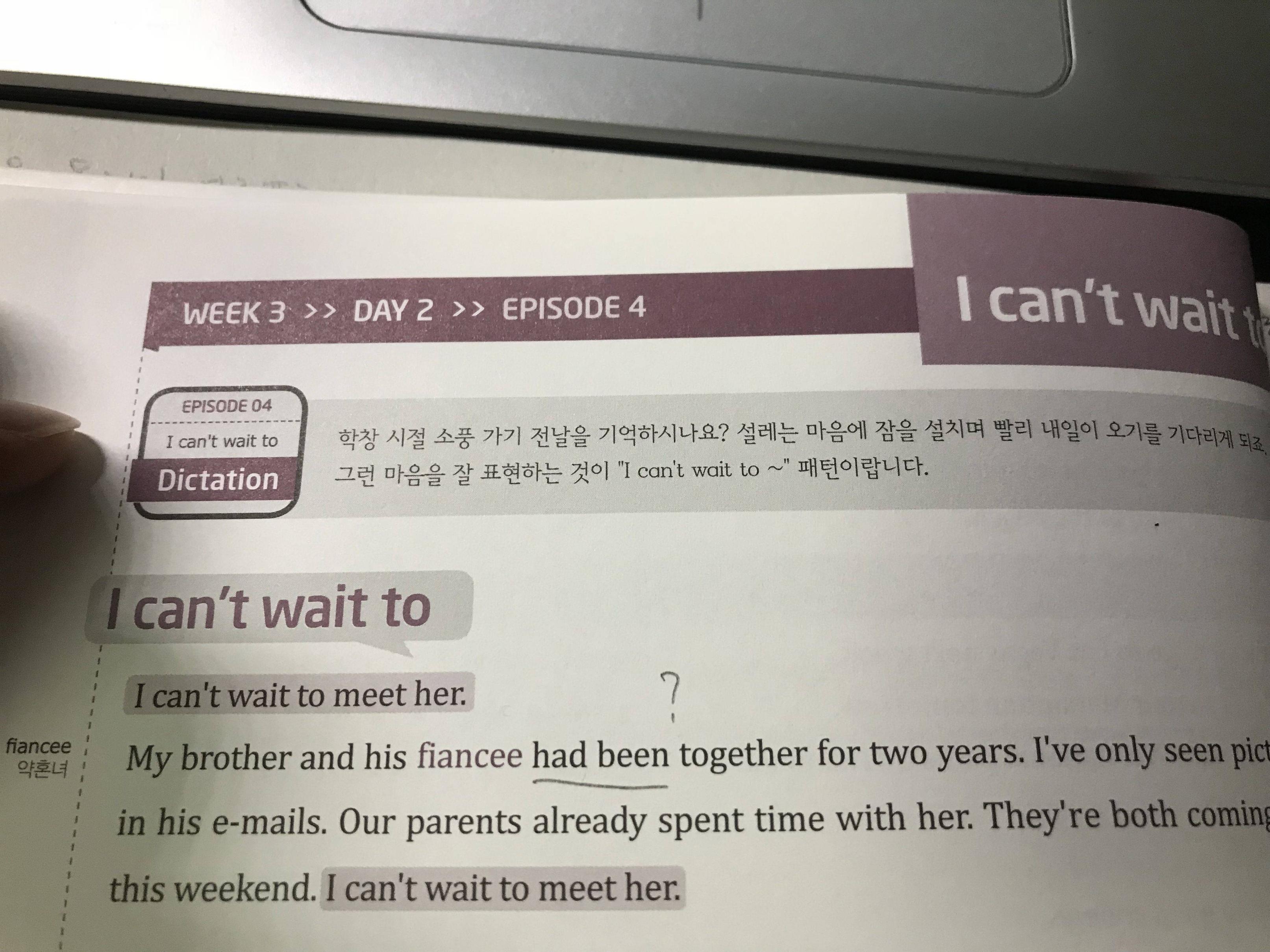 Looking at the complete text in the picture, there is no event in the past that "been together" can be placed before, so past perfect is incorrect in this context: it should be present perfect "have been", indicating that the two years extends until the present.

If some other event had occurred in the past and the two years was before that event, or the meeting had already occurred and this was an account of the meeting, the use of past perfect would be justified:

My brother announced his engagement on New Year's Eve: he and his fiancee had been together for two years. - the two years was before the announcement.

My brother and his fiancee had been together for two years. I couldn't wait to meet her. - account of a meeting that took place in the past

The later sentence "My parents already spent..." may be OK in American English, but British English would use present perfect for this too:

My parents have already spent time with her.

Present perfect is used when a past action is still in force or has some lasting effect, and in this case the lasting effect is that your parents have checked off spending time with her on their list of things to do.

The writer of this book was probably not very accurate. "Had been" seems to be incorrect; normally, it is used if one is in the context of the past tense already - like a 'past tense within the past tense'. Also, the book says, "our parents already spent time with her" - this should be, "our parents have already spent time with her," as a specific event is not being referenced.

Not the answer you're looking for? Browse other questions tagged grammar tense present-perfect past-perfect .

0
I had been training for years before
0
Have been and Had been, excluding present perfect continuous and past perfect continuous
0
Past Perfect question
1
Were married or had been married for 14 years before divorcing in 2016?
1
"The restaurant's fantastic dinners had been being prepared by Chef Jones for two years."
0
"I had just two flights last year, and I'd had/I had 4 or 6 of them the year before" - Past Simple or Past Perfect?