How to pronounce “sixth”

This word is tricky: sixth

Do you pronounce the full six sound and then add the th sound? I find that very difficult especially when talking fast. Surely there must be a shortcut... right? How do you transition from the x to the th?

As a native speaker, I definitely say the whole consonant cluster as written, even in very fast speech ( i.e. /siksθ/ in IPA).

I tried saying it to myself out loud just now omitting the second s sound, so /sikθ/, and it sounded really strange, like I was trying to make fun of someone with a lisp saying the number six. I would not recommend that shortcut.

On the other hand I tried /sikst/ and found it inoffensive (and hard to notice a difference), so I would recommend that if you find /siksθ/ hard to produce.

As a native English speaker, I say "Sick-th".

(From OP)
This word is tricky: sixth
Do you pronounce the full six sound and then add the th sound?
I find that very difficult especially when talking fast.
Surely there must be a shortcut... right?

When talking fast, it is common (though not universal) for native english speakers to pronounce both sixth and sixths as /siks/ (same as "six").

So to answer OP, the consonant cluster xth and xths is difficult to pronounce and many native speakers take the shortcut of simply saying /siks/.

Some native speakers are shocked at this. They'll even "prove it to themselves" by pronouncing it and concluding they say sixth as /siksθ/. However, native speakers are not always the best at guiding you to common pronunciations because they underestimate the wide variety of ways we merge and simplify words when talking. Be sure to listen to "what they say" more than "what they tell you they are saying!"

Example: "What do you want to drink?" can be, "wahdy ah wanna drin?" with no pause between words.

I daresay there are several strategies; I know there are dialects where /sɪkst/ is standard in any environment.

Myself, in ordinary speech, I just say /sɪks/ if there's no following vowel to liaise with, or /sɪksθ/ if there is, with /sθ/ as the onset of the following syllable.

From a non-native speaker's perspective whose first language has no th sounds and there's no such thing as a long consonant string (for example, "I asked Steve yesterday ...", which requires you to pronounce [s-k-t-s-t]), I can imagine what you're struggling with.

The sequence [k-s-th] (as in sixth) is rare indeed. I don't know if you have a similar problem with other sequences such as [f-th] in fifth, [t-th] in eight, and [n-th] in ninth.

However, the sequences of [z-th] and [t-s-th] (they're different /th/ sounds, but you get the idea) are common in English speech. And you might need to perfect those first. If you feel comfortable with those two, I believe that you wouldn't find it difficult anymore.

I can't seem to find a suitable way to describe how I pronounce "sixth" using IPA. Perhaps someone who's more adept with IPA can help with that.

When we put together sounds, like the "ks" of "x", we generally have to use different (active) mouth parts for each sound, otherwise they won't work. The active mouth parts would be the lips, the teeth, the tip of the tongue, the back of the tongue, the epiglottis and finally the glottis, in that order from front to back.

The "k" sound uses the back of the tongue to hit the velum (hence "velar stop"), and can easily go with "s", which uses the tongue and teeth, the two together forming the "x" sound. On the other hand, both "s" and "θ" use both the tongue and teeth, and as such don't really work together in general, since neither teeth nor tongue can be in multiple positions at the same time. There are a few ways to pronounce either, however general descriptions of the pronunciations could be written as follows:

s is pronounced when air is made to flow through a small space between teeth, tongue and or alveolar.

θ is pronounced when air is forced out over the tongue which is pressed on or placed near to the top teeth, either under or behind (or if you want to be a little silly, in front).

Despite this, although it is impossible to make the two distinct "s" and "θ" sounds together, I find I use a sound that can be considered in between the two when I say "sixth". In order to do so, simply press (not touch) your tongue behind your top teeth near to or touching the alveolar (the part where your teeth meet your back gum), and push the air over the tongue (you should feel the air on your back gums and tip of tongue, not around the sides). This sound, at least to me, is close enough to both "s" and "θ" to be used here. 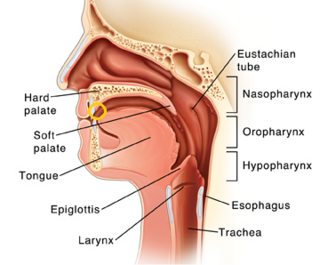 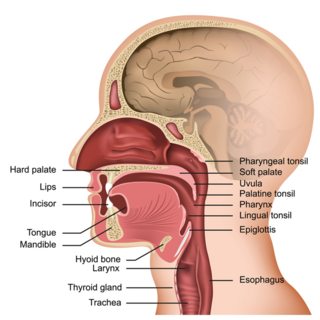 This link has pronunciation symbols as well as, sound recordings of it being pronounced http://dictionary.cambridge.org/dictionary/british/sixth_1?q=sixth#

I'm from New Zealand and love watching on TV, documentaries about Royalty. Beautiful, well spoken English accents who pronounce "sixth" as "sickth".
Edward sickth, George the sickth, etc. I find it so strange that the presenters who speak (to my ears) the Queens English, don't seem to be able to say sixth... six with a th on the end.

I am a native born Englishman and have always heard and said six-th until recently when I heard some BBC news readers saying sickth. I suppose it will take over as it's easier to say.

3
How to pronounce this phrase