Why seperate such interlinked and indispensable words so far apart in a sentence?

On BBC News, there was news about royal wedding preparations. During the coverage, the text at the bottom of the screen was as follows:

"Rehearsals have taken place in Windsor for wedding."

When I read it, it seemed a little bit odd to see "...for wedding" at the very end of the sentence. The expression "For wedding" belongs to "Rehearsal", but it seems very much separated from what it is connected.

To sum up, why is it not

Would it not have been the correct sentence structure, if they had not disconnected "Rehearsals" and "for wedding" so far apart?

sentence-construction sentence-structure
Share
Improve this question
edited May 17 '18 at 17:24

It appears from your question that you’re talking about a “headline” that appeared as an overlay, not “captioning” that is trying to display all the words spoken (for the deaf or hard-of-hearing.)

Headlines are not sentences, and they have their own distinct rules that vary from place to place (even from one newspaper or channel to the next.)

You should not attempt to learn English usage from headlines, nor expect headlines to follow other English rules of grammar!

In TV news, Headine style can be used in stationary graphics that go with the story, or as part of a “news feed” that scrolls or “flaps” on the screen. Here is a fictional example showing these types: 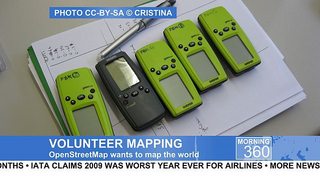 These headlines are sometimes called the Crawl, the Ticker, or the Chyron (named for a type of equipment in the TV industry.) They will typically follow the in-house style of the news organization.

Rehearsals have taken place in Windsor for wedding.

This seems strange at first glance, but it’s pretty normal for TV news, especially without the final period.

If this is one of a sequence of messages, then it might be expected that the sentence emphasizes “Rehearsals” and “Windsor” (the what and where) if the audience already knows they are watching a story about the royal wedding (if this is the “why”, it can be at the end of the sentence).

Not the answer you're looking for? Browse other questions tagged sentence-construction sentence-structure or ask your own question.

2
dependent words are far from a subject in the sentence
3
Which is the best sentence out of the given words ? Is the use of 'and so' advisable?
1
Sentence correction- Which one is correct and Why?
0
Why is the sentence “Please keep the area clean and well organize.” incorrect?
1
Can the words “also” and “too” be used in the same sentence?
2
What does “she swore” mean in this sentence and why?
1
Which sentence is better and why?
0
How to insert “far” and “more” in a sentence for emphasis?