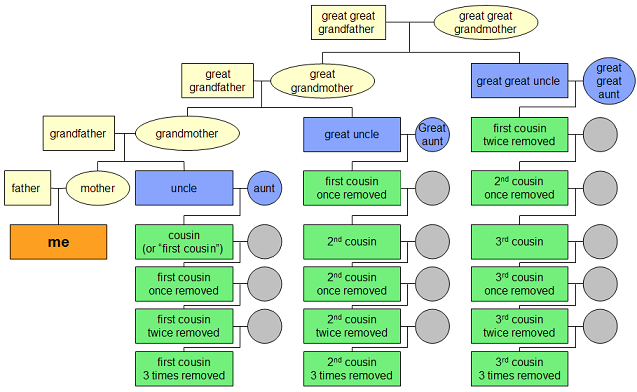 Not the answer you're looking for? Browse other questions tagged word-usage kinship-terms .

41
How can you recognize if an "uncle" is father's brother or mother's brother? (Is there any "default option"? )

1
first cousins once removed
3
A mother, father or the parents who are very strict toward their children