What does "a declining rate of increase in" mean?

These figures demonstrate a declining rate of increase in arrivals (in 2006, arrivals fell by 4 per cent) and more significantly in receipts, with a significant reduction in per person average receipts.

The above sentence is about the following table demonstrating Key tourism indicators of a country: 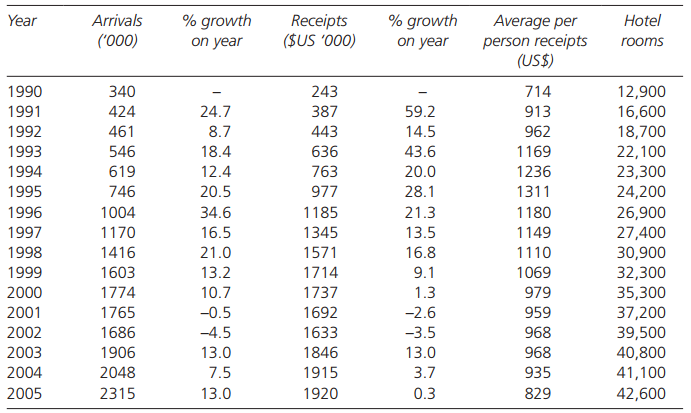 I do not get what it means that These figures demonstrate a declining rate of increase in arrivals (in 2006, arrivals fell by 4 per cent). As far as I see, there has been an increase in the growth rate of the last two years.

Not the answer you're looking for? Browse other questions tagged sentence-meaning mathematics .