What does it mean? " I don't know if that's good on either side" 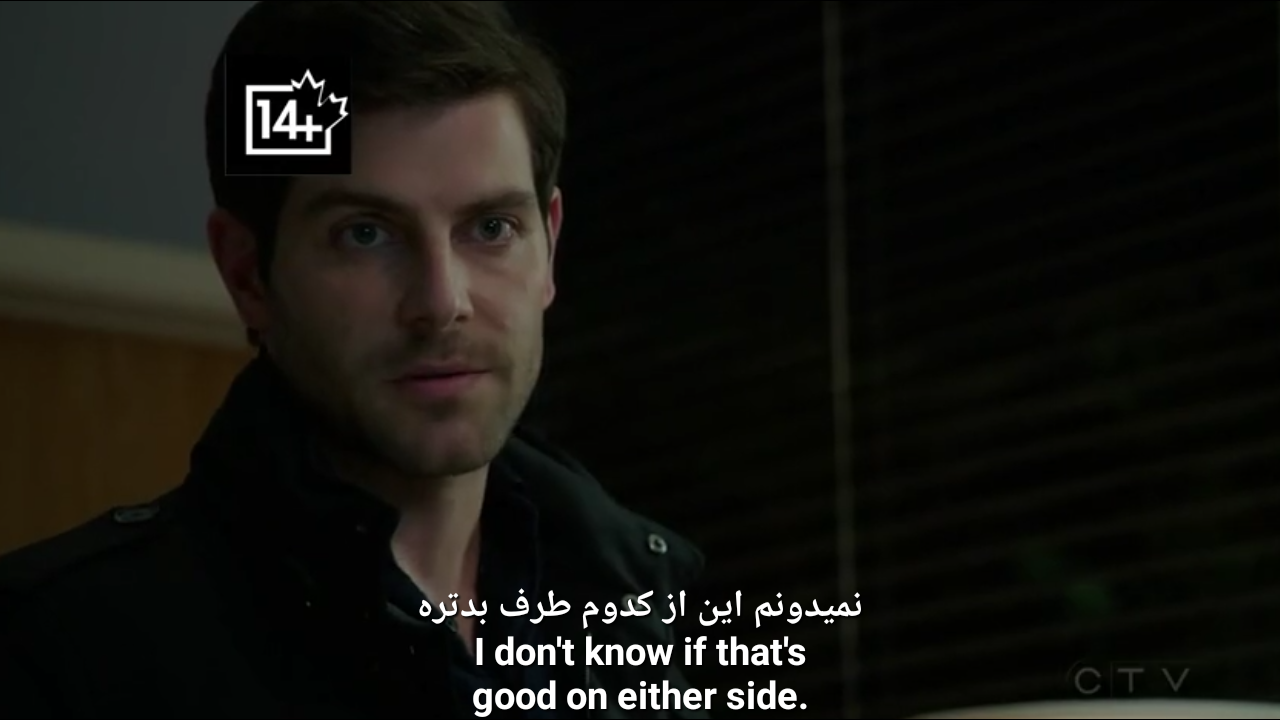 Then the man says: " I don't know if that's good on either side" And folks, I think I have to tell you another thing, that baby is an illegitimate child.

Source : The dialogue comes from a conversation between two characters of a TV series called Grimm. Season5 Epidose 3 , first minute , and its link, watch it online if you want : ( https://www.tvfanatic.com/shows/grimm/full-episodes/season-5/lost-boys/ )

Even without knowing the specific context, we can still make a general assumption behind the meaning of the phrase within a show about supernatural creatures.

I don't know if that's good on either side.

So, to paraphrase, and depending on a particular interpretation, the man is actually saying one of the following:

It may also be a valid interpretation to simply say:

Co-parenting him may not be good for anyone.

The details and reasons behind this conclusion are mere speculation without further information.

However, the woman is saying that she doesn't want to be a single parent and the man is saying he doesn't know if it's a good idea for their child to be co-parented.

However, given only the dialogue we have to work with, it's more logical to assume a continuation of the original topic of debate than a jump in the conversation to something else.

Note that one of the comments in response to a synopsis of this episode posted on TV Fanatic says:

And Kelly? What kind of name is that for a potentially badassed kid? How can he live that name down huh? Poor kid! Anyways can't wait to see Nick and Adalind co-parent!

While not definitive (we really need some dialogue after what was given in the question), this supports the idea that the man (Nick, I guess) is debating co-parenting. Either wanting her to raise the baby on her own, or wanting "full custody" himself.

This is from Grimm, Season 5, Episode 1 "The Grimm Identity". It is available on Amazon Prime, if you have a subscription, and possibly elsewhere.

After doing some more research, the context seems to be that the father is a "Grimm", a race of magical people sworn to protect humanity against certain other magical people (the "Wesen"). The mother is, of course, one of those magical people he's sworn to fight.

Since they appear to have fought each other in the past, and are presumably still some kind of enemies, co-parenting their child would not really be safe for either of them, or for the baby. Nevertheless, Nick says he's willing to give it a try.

It appears to be a fatalistic or nihilistic reply - it could mean "neither of us are good enough parents". Such statements can often imply " ... and so we must try to be better", so they are not usually purely negative.

She's trying to tie him to his own child, because biologically, the child's existence is predicated on both their genetic material.

His response implies he worries that genetic material could be defective; either from her DNA or his. The presumption is that whatever traits concern him about their child, those traits are passed down through their DNA, as opposed to traits that are learned.