Meaning of “it does not do (to do something)”

From the Time article, "10 of the Most Magical Harry Potter Quotes to Inspire You": 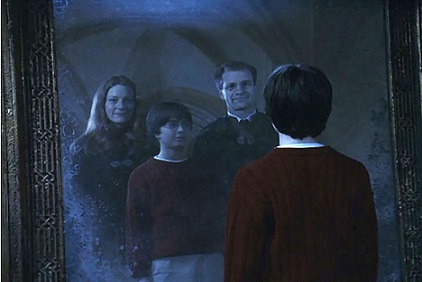 Who said it: Albus Dumbledore

Context: Upon finding Harry gazing longingly into the Mirror of Erised — which shows anyone who looks into it their deepest desire — Dumbledore tells Harry that he is going to move the mirror before warning him not to go searching for it again. The headmaster’s words are a reminder that dwelling on what might have been in the past or what could be in the future distracts from living in the present moment.

But what is the grammar behind those words? Is there a phrase "it doesn't do" meaning "it's not good to"?

"It" is a dummy pronoun, it doesn't really refer to something in particular. "doesn't do" is the usual negation of the verb "to do".

There is a sense of "do" that means "to succeed" "to make progress", "To be acceptable" You will know the greeting "How do you do?" (meaning "how is your progress"). And perhaps its use in phrases like "Will £20 do?" meaning "Will £20 be sufficient or acceptable?"

The particular form that Dumbledor uses is pointedly old fashioned and rather rare. Grammatically it is simple Subject Verb Object: The subject is "it", the verb is "does not do" is the verb it means "is not acceptable". The object is an infinitive noun phrase "to dwell on dreams..." where "dwell on" means "to continuously think about something tit would be better to forget".

This pattern has also been used by Tolkien when he wrote

It does not do to leave a live dragon out of your calculations, if you live near him.

Here the narrator is warning that the Dwarves schemes to get their gold were not well planned, as they were not accounting for the dragon that had stolen it. And more generally, you should consider both the positive and negative factors when making plans.

Yes, that is the sense. This way of expressing disapproval feels appropriate when talking about an ongoing behaviour.

When I was a schoolboy a teacher would write on poor homework submissions: "this will not do" with the meaning "this is unacceptable".

0
What does “it” indicate in these sentences?