Could someone help me visualize a paragraph from 'The hitch hikers guide to the galaxy'?

The island of France was about twenty miles long, five miles across the middle, sandy and crescent shaped. In fact it seemed to exist not so much as an island in its own right as simply a means of defining the sweep and curve of a huge bay. This impression was heightened by the fact that the inner coastline of the crescent consisted almost entirely of steep cliffs. From the top of the cliff the land sloped slowly down five miles to the opposite shore.

Five miles across the middle

I didn't get this at all. Isn't "in its own right" used for abilities?

I imagine an Island shaped rather like Santorini in Greece.

Cliffs on the inside of the crescent, sloping down to beaches on the outside. The island creates a large, cliff-lined bay. Most bays are much smaller than the land that surrounds them but in the case of "France" and also for Santorini, the bay is nearly as large as the island itself. This is what it means "not an island in its own right" is suggesting: It seems that the only reason to have "land" is so the sea can be shaped into a bay. "France" is not an "island in its own right" with a purpose as an island being to have land (for trees, mountains, houses etc) but just a way of curving a piece of coastline. This is (of course) a joke.

The Horizontal distance between the sea on the left and the sea on the right is 5 miles. The vertical distance from the top to the bottom is 20 miles. Or perhaps 20 miles long may be a measured distance along the curve rather than in a straight line.

(If you had difficulty visualising France, what do you make of the Hoovooloo?) 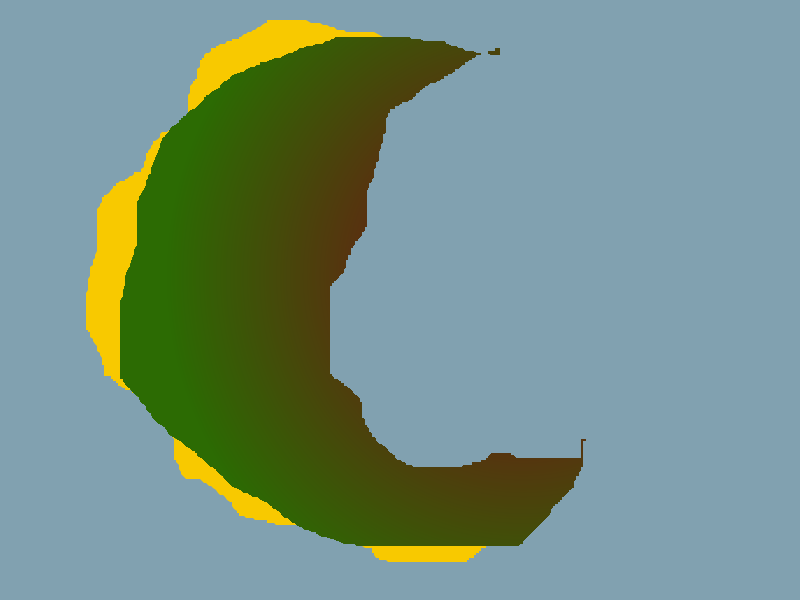 The island of France was crescent shaped... 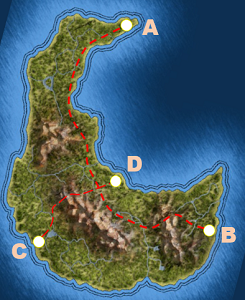 It was five miles across the middle

(That is, it was roughly a five-mile walk from C to D)

It was about twenty miles long

1
Nothing could be further from the truth
1
Could calling someone “nice” be taken the wrong way?
0
What does the phrase “help someone out with theirs” mean in this context?
0
confusing description of the situation
1
What's the good of mentioning “If he could help it” here?
0
Can you please help me understand the sentence given below from the pagagraph?
0
What does the highlighted part means from the paragraph given down below?
0
How should I understand “from a slightly premature but inevitable extinction” in the paragraph?