What is the meaning of “wrought” in this sentence and can it be replaced by “worked”?

I understand wrought as a word with two meanings--as the archaic past tense and past participle of work and as an adjective in its own right. However, I can't quite understand its meaning in this sentence from a book.

Whether they were staunch supporters of Pan-Americanism or not, scholars tended to envision the nature of the U.S. hegemony in South America as something to be wrought in the terrain of culture. In this regard, their views sustained and accompanied the transition from Big Stick diplomacy to the Good Neighbor Policy.

Does it function as the part participle of work? What exactly does it mean here? Judging from the context, my guess is "brought about", but can't be sure which among work's myriad definitions this usage invokes.

The dictionary defines "wrought" as the, "archaic past and past participle of work." Nowadays it is used mostly as the past participle, to describe a particular kind of metalwork, e.g. "wrought iron decorative fencing" 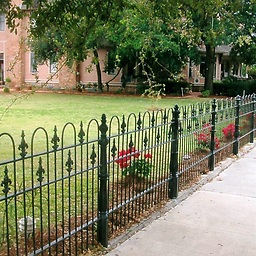 It was a hard-wrought truce achieved only after many days of intense negotiation between the warring factions.

In the example you provide: yes, you can substitute "work", but it would not have the same figurative meaning. That being said, the use of wrought is odd here, given the subject matter. Forged might have been more idiomatic, since we often talk figuratively about forging things like alliances, trade deals, treaties, etc. I can't say for certain since it's unclear what the author means by "the terrain of culture".

Wrought is an archaic past tense form of the verb 'to work' (as in 'wrought iron', for instance). I would interpret "wrought" in the quoted context as "made" or "brought into being":

brought into being; made:

She’s modest about what she has wrought.

The verb is wreak, and the commonly used past tense is wrought, the original past tense of work.

To wreak havoc or to have wrought havoc or harm or injury, etc. That is how it is generally used.

wreak, wrought as the past tense of worked

Mr. Salvatore is a Spanish speaker(from Argentina) and no one "caught this". There is a mistake in the introduction about his colleagues "at Buenos Aires".

And this is not about winning hearts and minds. It's about U.S. cultural and other imperialism.

It does make sense to say:

U.S. hegemony is something that plays out in the terrain of culture.

The verb wreak needs an object, and if it is used as a past participle, it comes near the noun.

U.S. hegemony in South America as something to be wrought in the terrain of culture.

It is not even grammatical. I doubt he meant to "inflict" U.S. hegemony which is what wreak means.

Because wrought here would mean inflicted on people. And if he meant that, he would have needed an object.

Bear in mind that in books like this, some things just slip through the editor's fingers. It's understandable when two languages are involved and no one went over every word with a fine-toothed comb.

Not the answer you're looking for? Browse other questions tagged meaning word-usage meaning-in-context word-meaning or ask your own question.