What are these lines depicting movement in a cartoon called?

Is there a name for these curved lines that represent head motion? 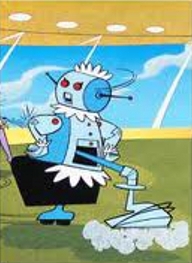 In comics, motion lines (also known as movement lines, action lines, speed lines, hites or zip ribbons) are the abstract lines that appear behind a moving object or person, parallel to its direction of movement, to make it appear as if it is moving quickly.

I can't find a corresponding (domain-specific?) definition of abstract lines as used above, but I'm guessing it's intended to imply lines which convey an abstract quality such as movement, emotion, etc. - rather than something "material", such as might be captured by a photographic image.

By implication therefore, exclamation marks or a lightbulb drawn above a cartoon character's head (indicating surprise, or a sudden inspiration) ought to also be called "abstract" lines / glyphs / punctuation marks, but I've never come across any such usage myself.

For anyone who thinks this is "Quiite Interesting" (such as me, now my attention is focused on it), I also found this post on Pinterest...

Hites are horizontal lines to indicate speed or movement. Vites are vertical lines that add shine on a floor or an icy pond. Dites are diagonal lines to represent the reflection in a window or mirror. And Briffits are simply cloud-shaped dust clouds.

I believe the term you're looking for is 'emanata'. It only includes lines coming out of the character, not motion though.

2
What is called the thing that other things are dependent on?
22
What is the inner cover of the winter shoes called in English?
1
Is “I accept” in the active or passive voice?
1
Who you are. Vs Who are you
2
What are the combinations of “there-is” or “there-are” called in English grammar terms?
4
What is the name of these parts of a stove?
1
What do you call the hanging sections on the sides of someone with long hair?
0
What are these types of images called? illustration with notation?
0
Are these rules, principles or something else?