Is "Outside the house were two women talking" a grammatical/good sentence? partial inversion vs full inversion 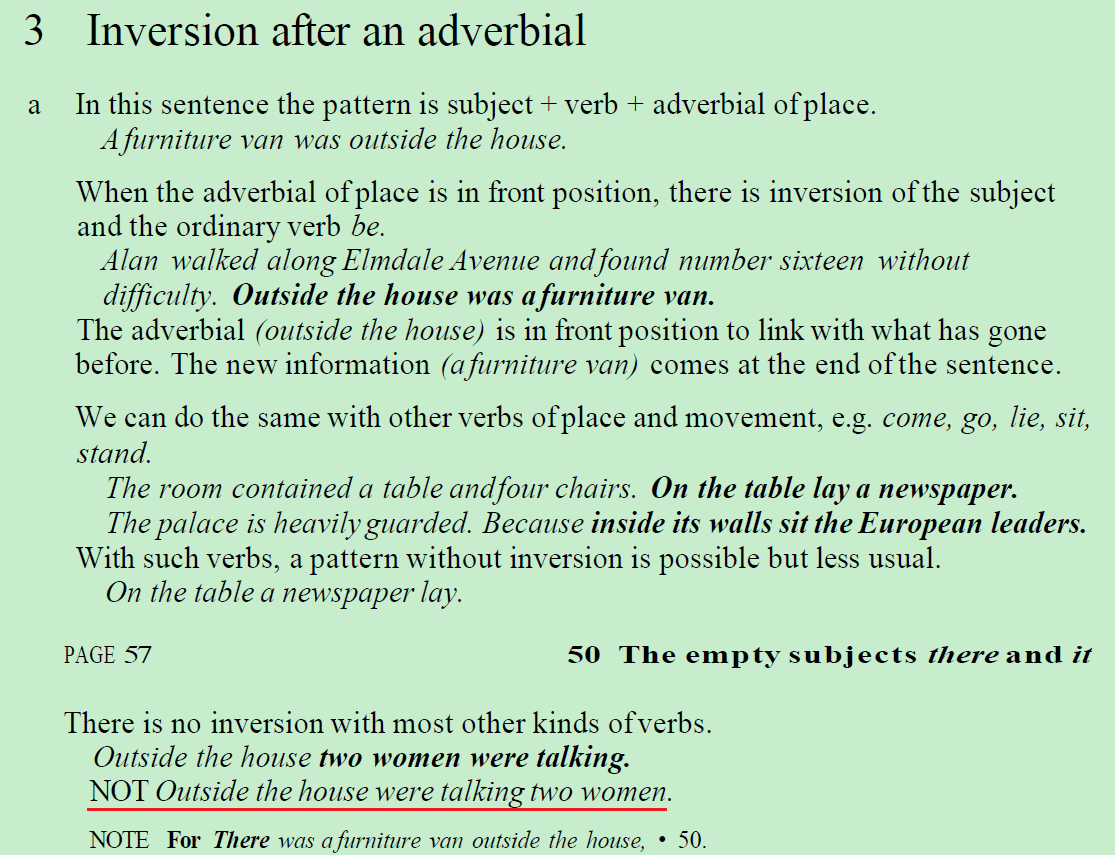 3 Inversion after an adverbial

a In this sentence the pattern is subject + verb + adverbial of place.

A furniture van was outside the house.

When the adverbial of place is in front position, there is inversion of the subject and the ordinary verb be.

Alan walked along Elmdale Avenue and found number sixteen without difficulty. Outside the house was a furniture van.

The adverbial (outside the house) is in front position to link with what has gone before. The new information (a furniture van) comes at the end of the sentence.

We can do the same with other verbs of place and movement, e.g. come, go, lie, sit,stand.

The room contained a table and four chairs. On the table lay a newspaper.

The palace is heavily guarded. Because inside its walls sit the European leaders.

With such verbs, a pattern without inversion is possible but less usual.

On the table a newspaper lay.

There is no inversion with most other kinds of verbs.

Outside the house two women were talking.

NOT Outside the house were talking two women.

NOTE For There was a furniture van outside the house, • 50

Browse other questions tagged subject-auxiliary-inversion or ask your own question.

3
How about "When I saw Debbie, she had played golf"?
0
subject vs subject-complement; inversion